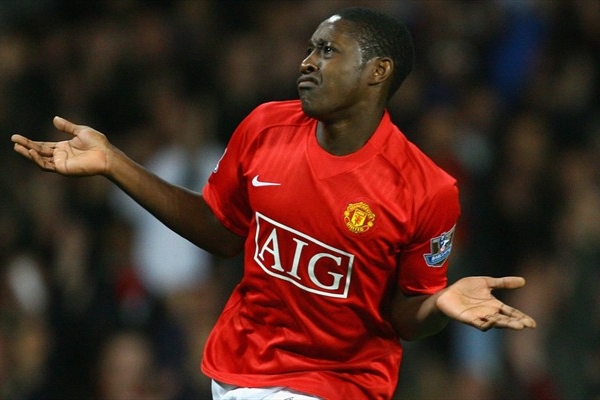 It’s finally over! It’s okay to come out from wherever you were hiding, open your eyes and look at the sky again. The rumours and stories that would have knocked you off your feet are back safely in the fortress that is Jorge Mendes’ mind for another few months and we’re back to talking about football again.

This transfer window was always going to be vital for Manchester United and so it has proved to be. There were many stages that United fans went through during the summer. There was the excitement surrounding the signings of Luke Shaw and Ander Herrera in June that led fans to believe we’d get our business done early and efficiently. Then followed nearly two months of nothing by speculation as fans began to tear their hair out at the manner in which the club was going about rebuilding a “broken” squad. There was Ed Woodward openly discussing the club’s financial firepower in a move that appeared to do far more damage than it did good.

Then in August came the signing of Marcos Rojo from Sporting Lisbon. This move followed weeks of rumours that Thomas Vermaelen was set to join the club from Arsenal. However, down to complacency on United’s part the Belgian eventually ended up at Barcelona. Throughout al of this the Arturo Vidal rumours persisted. Every move he made and word he uttered was forensically pulled apart as people looked for the slightest hint that he was Manchester-bound. In the end, his saga will join those of Toni Kroos, Cesc Fabregas and Thiago Alcantra in the history books as “The Many That Got Away, Or Weren’t Happening To Begin With, Probably. Who Really Knows?” Perhaps the title needs reworking…

Just as we’d filled a gap in our defence, an opportunity arose for Ed Woodward, a laughing stock for most of this and other transfer windows, to show that he was capable of completing big deals for big players. Argentinian superstar Angel Di Maria put in a  transfer request and no doubt after asking around to see if anyone else wanted first dibs, United began discussions with Real Madrid in a bid to free the midfielder from his captors (employers). After a bit of negotiating about the fee (why do they even bother these days? Kostas Mitroglou and Ross McCormack both cost over £10M, making all other fees meaningless now) the clubs came to an agreement and after agreeing personal terms and ironing out image rights Di Maria was unveiled as United’s most expensive ever signing. Fans rejoiced at the signing and rightly so. Here we had the club going out and buying a truly world class performer for the first time in a long time, and what’s more… he’s actually a midfielder. The signing, aside from being eye-catching, was sensible as it gives the side more options in attack and midfield.

As the time winded down towards deadline day, United fans still dreamed of more signings and inevitably the name Arturo Vidal featured heavily in many a dream on Sunday night. Vidal, as it turned out, was left to cuddle his tear-soaked United jersey as he drifted off last night as there were no calls for him. Either United gave up or are coming back for him, but for now, it’s over. Transfer deadline day started as most others do with a ridiculously implausible rumour. This year’s one was that Falcao was going to join United on a season-long loan with a view to a permanent deal. What started out as a rumour in the early hours of Monday morning though soon snowballed to the point that if it hadn’t been real, it would have been the greatest transfer bantering the world has ever seen.

In the midst of this, as Falcao to United stepped closer to happening, United signed another player that was linked with the club all summer. Daley Blind, Dutch player of the year last season and Ajax captain joined the side for close to £15M from the Amsterdam side, to be reunited with his national team manager, Louis van Gaal. This was one that had appeared to be happening for a long time. Report after counter report stated that the deal was as good as done, while officials at Ajax and around Dutch football denied that anything had happened regarding a potential move. Van Gaal’s previous remark that certain transfers can happen in 24 hours appeared to ring through with this one as United got all they needed to get done to bring the versatile midfielder/defender to Old Trafford.

While Blind’s deal happened relatively early, the deal bringing Falcao to United from Monaco took time and it wasn’t until well after midnight that the club’s fans could celebrate the signing of, like Di Maria days before, a true superstar. This is a guy who scores for fun, from any angle, with any part of his body. He is, simply put, possibly the most lethal goalscorer in world football today. His fantastic record in Spain as well as elsewhere suggests that he’s physically up the demands of the Premier League and having played already this season for Monaco it appears that his knee issues are a thing of the past.

Fans’ delight for his arrival was tempered by some devastating news for most if not all of us. Danny Welbeck, unbelievably to me, is not universally rated by United fans. Some see him as a overrated, not clinical or selfish enough in front of goal for a top side. Others (including myself) see almost only the good. A player, United through and through, who bleeds red (don’t we all) and has been one of our hardest working players for well over a season now. His fans also see a player who has suffered from being taken in and out of the team just when he was gathering momentum. Perhaps the best description cam from Telegraph journalist Darren Richman who, to paraphrase, said that Welbeck was the footballer equivalent of U2 – not as bad the haters say, nor as good as the believers insist. And this is probably true. Danny isn’t a traditional striker, he hasn’t scored goals on a consistent enough basis (yet) and as a result, has found his opportunities somewhat limited. He does, however, love the club. He’s a real fan and one that we could’ve done with at a time when someone like Wayne Rooney gets rewarded for years of petulance with the club’s captaincy.

But Danny’s gone now. Off to Arsenal at almost the exact same time that Falcao’s deal to United was confirmed. Both deals received permissions from the FA to get completed after the deadline and as such, took time. Welbeck’s deal required Falcao’s to be completed and so it was. There was hope in vain that perhaps Ed Woodward would fail to complete yet another deal this summer, this time an outgoing transfer, but alas it was not to be.

So it’s the end of the transfer window and we can finally go back to talking about football. Our squad is stronger for having acquired the players we have and as much as it hurts to say, it’s stronger for having replaced Welbeck with Falcao. Falcao will score goals this season, probably lots and we’ll all be deliriously happy as he delivers us fourth place come May but no matter what this season brings and no matter how well the new signings do, there’ll still be a ping of regret inside many United fans’ hearts. He’ll always be “dat guy”, he’s just their guy now.