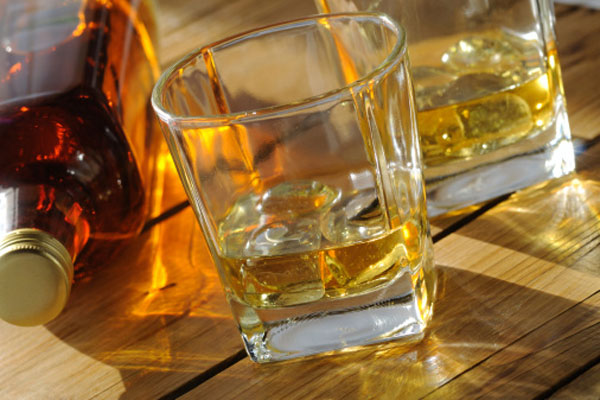 I went home after the Burnley v United game yesterday feeling fine. 0-0 draw, fair result, minimum fuss. I started writing this at 5am after a bottle of Scotch. Obviously all is not fine.

Ive spoken to/been laughed at by a lot of Clarets since the final whistle sounded.

‘We might struggle to stay up if we can’t beat the likes of you.’

I suppose when the piss-taking stops that’s when it’s time to really worry.

Every Burnley fan I spoke to after the game was disappointed they only came away with a point – a point against the 20-time league champions. That shows just how poor United were. Watching the Everton v Chelsea game (before I hit the Grouse) I found myself genuinely wondering when we would get to six goals for the season.

Remember when the fixtures were released? What a great day. I looked at them and thought ‘top of the league by November, probably unbeaten’. Luckily, I kept that thought to myself.

Van Gaal has said the rebuilding, the revolution, whatever you want to call it, will take time and I do believe him. I don’t know why, I just do. I briefly met him after the game yesterday and the man is calmness personified. If he’d have looked me right in the eyes and said ‘John, don’t worry, 3-5-2 is the way forward for this football club’, I would have smiled, agreed and then begged him to sell Ashley Young. It may not seem it right this second but his manner is one befitting a man who knows what’s he doing. David Moyes never quite mastered that look.

The thing is though, I don’t think 3-5-2 is the way forward. I know right now we are crippled with injuries, I know it helped an ordinary Dutch side reach the semi-finals of the World Cup and I know it helps accommodate more attacking options.

I just don’t see it working. Van Gaal is and always has been a 4-3-3 man. Van Persie up top with Rooney, Di Maria either side and a midfield three of Mata, Herrera and Blind? Possibly swap Mata with Di Maria. Or what about the diamond with the Mata at it’s tip?

The options are there and in Di Maria (imagine Burnley being your first real taste of English football) we do have a truly world class player. At times yesterday his touch and movement was a delight to behold and while it may not have been a truly world class performance, they will come.

QPR next and I think this will be the game, injuries permitting, where we will see exactly how Van Gaal plans on shaping this United side for the season.

Until then, try and enjoy these dark times. Embrace the ridicule. Because when the good times return, and they will, they will taste all that much sweeter.

And I’m saying that having just watched Liverpool slap Tottenham 3-0 with a hangover I wouldn’t wish on my worst enemy…or Ashley Young.

– A quick word on Burnley. If they continue to play with the type of passion and commitment they displayed yesterday then I have no doubt they will stay up. Games against Chelsea and United brings the cameras and the national spotlight but it will be the games against the West Broms and the Leicesters that will define their season. Good luck to them.