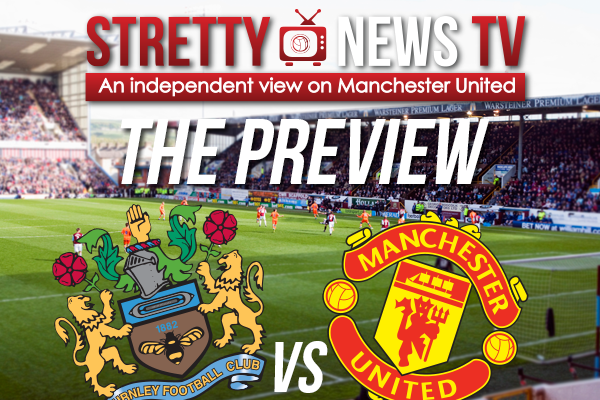 1. Will Angel Di Maria be the catalyst that United need to kick start the season?

Three games into the new season and Manchester United only have a draw at Sunderland to show for it. It’s not unusual for United to make poor starts to the season. Hell, the start to the famous double winning season of 2007-08 saw the club collect two points from their opening three very winnable fixtures. In Angel Di Maria, United have a genuine world star from a top club who will be eager to help the club have a turnaround in fortune. Not since Sir Alex Ferguson’s signing of Juan Sebastian Veron thirteen years ago has there been a proven world class talent plucked from a European giant. The current manager will be hoping for a better effect on the team this time around. Veron was bought into a side that had just won three titles in a row and came at a time when Arsenal’s invincibles were just beginning to take shape. This is a completely different situation, and Di Maria has the quality to get United back competing with the top teams on the continent.

2. Can Jonny Evans prove his worth after a horror show in midweek?

His debut was a similarly difficult cup exit at the hands of Coventry in 2007 but the Ulsterman managed to bounce back from that poor performance to become United’s most consistent centre half outside of Ferdinand and Vidic since then. He was at fault for two of the goals scored in MK Dons’ humbling of the Red Devils on Tuesday and, it could be argued, has been ousted as the club’s best centre-back with Phil Jones’ performances this season and the arrival of Marcos Rojo. The danger for Evans is that if he doesn’t get back to full fitness and return to form soon, there may not be a place in Van Gaal’s starting line-up for him in the future.

3. Is a midfield duo of Darren Fletcher and Tom Cleverley enough to defeat the favourites for relegation?

Despite some exciting signings, United’s main problem position remains central midfield. The squad’s paucity of quality in the centre is well known and with Michael Carrick, Ander Herrera and Marouane Fellaini all on the sidelines and Anderson presumably not to be selected; it will most likely be up to the midfield pairing that started at the Stadium of Light last Sunday to take care of their counterparts at Burnley. Fletcher had one of the poorer games of his career against Sunderland and Cleverley’s passing was overly safe and, at times, wayward. Rest assured that this won’t be the midfield that would ideally line up at Anfield or the Emirates later in the season, but the question is whether they are even good enough to conquer a newly promoted team who have had very little investment.

4. How is David De Gea’s confidence after a less than convincing performance on Tuesday?

The Spaniard was one of the plus points from last season’s write off of a campaign and despite his high profile error in the League Cup semi-final, he performed his duties competently and with the minimum of fuss. While there is no doubt of the young man’s qualities and potential, this meant he went on to be many critics’ player of the season almost by default. But he was arguably at fault for Swansea’s winner on the opening day and would have expected to save at least one of Benik Afobe’s goals in midweek. De Gea had crises of confidence early on in his United career and the worry is that he may suffer from this again as he attempts to get used to having three centre-backs in front of him.

5. Will Louis van Gaal persist with the 3-5-2 formation despite Di Maria’s arrival?

The arrival of Angel Di Maria, whilst being exciting, has posed a problem for the manager. There has been a lot of pondering on where he would fit into the formation that the Dutchman has been imposing on the team. His reversion to 3-5-2 seems to have been justified by his belief that United’s squad has players who are best suited to this formation. But with the Argentine’s arrival, it may be that Van Gaal will revert to his favoured 4-3-3 and use Di Maria as a winger. In the 3-5-2 system, it’s tough to see where he would fit in. At wing back? In central midfield? In the number ten role? He could potentially play in all of these positions but you don’t pay a fee just short of £60m for a player and then not play him in a position he impressed in for the majority of last season. Time will tell.

You can also view the Stretty News TV preview where we touched on the MK Dons defeat and transfer speculation ahead of deadline day.

One response to “Manchester United vs Burnley: 5 things to look out for”