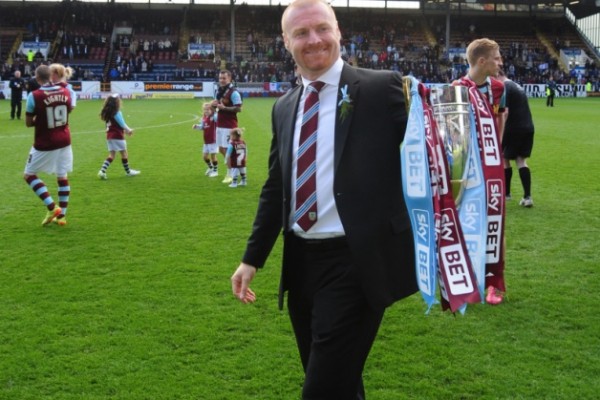 When Robbie Blake’s sensational first half volley gifted Burnley a famous 1-0 victory over Manchester United five years ago my footballing world spun right off its axis. As the final whistle sounded, my head sunk, my phone was placed on silent and a self instigated week-long Facebook ban ensued.

I live in Burnley, raised only a few miles down the road. I write for the Burnley Express. A lot of my colleagues and friends are Claret and Blue – through and through. I am a Manchester United supporter. And for this I have been branded a dirty rag, Manc bastard, plastic, glory hunter, long haired tosser (that one perhaps aimed more at my grooming needs and less at my football allegiance) more times than I care to remember.

My first taste of football in the flesh was Manchester United v Leeds at the start of ’92 season – the inaugural Premier League season and one where we found ourselves languishing 20th after picking up just one point from the first three games. Kanchelskis and Bruce scored in a 2-0 win. I was nine years old, I won a signed ball from the game and I was hooked. I’ve never understood people who genuinely believe that if you don’t follow your hometown team you’re not a ‘real’ football fan – whatever the hell that is.

Simply put, growing up I loved watching Cantona, Giggs and Scholes play the type of football every child dreamed of replicating on playgrounds, parks and streets.

I begged to go on more United games. My Irish family was more interested in Daniel O’Donnell than sports but my dad, God rest his soul, relented and placation came in the form of season tickets for Burnley. There was more chance of me becoming a Teenage Mutant Ninja Turtle than us being able to afford a season ticket at Old Trafford so while Fergie’s fledglings were creating history, I was watching John Francis, David Eyres and Adrian Heath battling it out against the Grimsbys and the Leyton Orients of this world as they were promoted to the old First Division and relegated straight back down the season after. Don’t get me wrong, I loved it. Turf Moor is a proper football ground filled with history and a timeless tradition not even Russian billionaires or bottomless pocketed Sheiks can touch.

But when Burnley lost, I went back to fulfilling dreams of becoming that Teenage Mutant Ninja Turtle or in later years attempting to lure Ibrahima Bakayoko on Champ Manager. When United lost, I went upstairs, threw myself under the covers and sulked. No more so than when we failed to beat West Ham in 1995 and Blackburn Rovers, whispered quietly around these parts, won the league.

Two decades on and while greed, money and ego has taken the shine off the sport I’ll always love, I can’t help but feel the same way.

When United and Burnley walk out at 12:45 on Saturday, it won’t just be the bracing East Lancashire chill making my body shake and my hairs stand on end, but also the very real possibility Burnley could win. If there’s any United fans out there who think Saturday will be a walk in the park, especially at the minute, against a team and a town that thrives on being written off, then a bucket of ice over your head just isn’t enough.

Saturday’s morning papers will no doubt be filled with tables comparing the value of both teams, the wage bills, the standard of pie sold at either ground. Did you know Di Maria cost more than Burnley has spent in their history? By Saturday it will have been rammed down your throat more than Arturo Vidal.

And while on paper Jones, Marney and Jutkiewicz shouldn’t worry a United team hopefully fielding its new guardian angel, they will.

Danny Ings scored 26 goals in 45 games last season, right back Keiran Trippier chipped in with 12 league assists and in United graduate Tom Heaton, they have a shot stopper who is just as capable if not more so than Brian Jensen, the ‘Beast’ who saved Carrick’s penalty on his way to a clean sheet five years ago. Under Van Gaal, United are still adapting to the Dutchman’s philosophy, struggling to find their feet in a new system. Dyche’s men are well drilled, in phenomenal shape and would run through walls for him.

I was at Turf Moor for the Chelsea game. Against Chelsea they came up short; against a midfield orchestra so beautifully conducted, I half expected to be watching Fabregas and Hazard on Last Night of the Proms and not Match of the Day. However, for 10 minutes at the beginning of each half, Burnley were the ones in the ascendancy. And if they had held onto the 1-0 lead for longer than four minutes or if Arfield’s strike had found the back net early on in the second half, who knows what would have happened.

Even if Di Maria does slot into the United side this weekend, and not even Nostradamus could predict that starting XI at the minute, it’s hard to imagine his inclusion being conducive to a well-oiled midfield machine, just yet.

A thunderous ‘in yer face’ start from Burnley backed by the vociferous cries of a blood-baying Turf Moor faithful against a United team so mentally fragile at this moment in time and the cracks that have been appearing in that creaking back three may just widen further.

I never thought I would be watching a Manchester United side take on Burnley praying that United manage to weather the early storm but that may have to happen and that is a sign of these strange times.

Whatever the outcome, I truly hope Burnley go onto achieve what I believe would be the club’s biggest ever achievement, Premier League survival.

I wouldn’t. And not just because a week of ridicule through text, email, Twitter, Facebook and probably even a plane bothers me.

It may take a miracle but I still believe United can win the league. The second we start expecting mediocrity as a way of avoiding disappointment is the second we truly become a shadow of the team that has ruled the Premier League era.