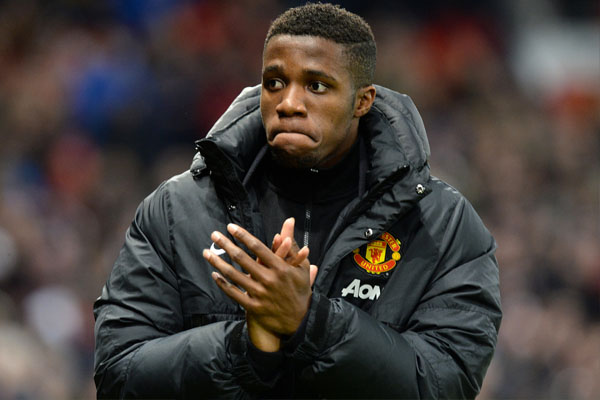 The rust is finally wearing thin as Louis van Gaal looks to get rid of the deadwood that sits comfortably in his squad. Wilfried Zaha, however, is hardly listed amongst the likes of Anderson and Tom Cleverley with opportunities coming few and far between but that is probably down to a mixture of bad attitude and inconsistency.

Zaha came to Manchester United as Sir Alex Ferguson’s final signing but never got to play under the great man. Instead, the youngster went back to Palace on loan and assisted the club in gaining promotion to the Premier League after a series of play-offs. David Moyes was clearly not a fan and the player’s next move was down to Cardiff, who were soon to get relegated under the management of United legend Ole Gunnar Solskjaer.

We all thought it would be a great move for Zaha and that Solskjaer would be able to blood him the right way. However, there was no improvement and he spent more time on the bench as opposed to playing.

Reality strikes. If you’re not getting a place in a team fighting against relegation, you have little business trying to make a name for yourself at Manchester United.

Returning to United this summer, Wilfried Zaha required a fresh start. Immediately his attitude was questioned when Van Gaal tested the mentality of his newly inherited squad. Put in place was a tactic understanding amongst the squad that attendance was advisable for an upcoming training session, prior to the pre-season tour of America. Despite being involuntary, Zaha was the only player to not show up.

That did not paint a good image for the winger, especially when every member of the squad should have been focused on making good impressions with their new manager. Van Gaal walked into that dressing room without knowing the vast majority of those inside personally, let alone their capability to adapt to his new system.

It has just been confirmed that Wilfried Zaha will return to Crystal Palace, and I wish him all the best. My worry is that ability is not Zaha’s biggest problem and if he doesn’t fix it now, get ready for another career decline before it really started.