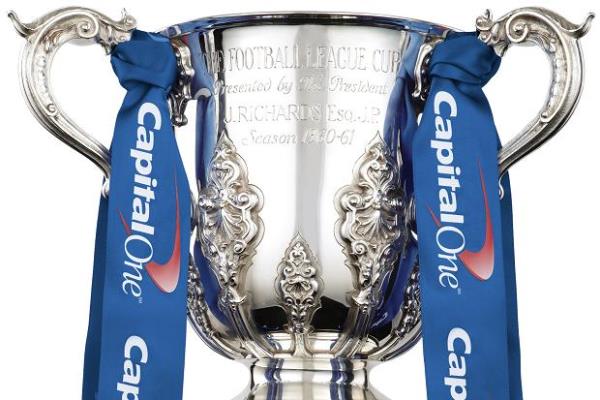 The start to Manchester United’s Premier League campaign has been dismal at best, with very little to cheer about. Whilst some have turned against the tactics Louis van Gaal has put forth, there will be nowhere near the same coup as there was in the previous 12 months.

But with nearly six thousand away supporters filing in and the Angel Di Maria signing, the mood surrounding United was once again clear. And, like the transfer windows of late, a big sigh of relief is yet to be had with the silly season nearly behind us.

Or so we thought.

Though United looked lively to being the first stanza with Danny Welbeck and Javier Hernandez having a spring in their steps, it was MK Dons who broke the heart’s of United supporters once again.

Adnan Januzaj was once again forced to enter the match at an earlier stage than anticipated, as Shinji Kagawa suffered a knock about 20 minutes into the match.

Then after 25 minutes, Stadium MK erupted after a terrible gaff by Evans (who was captaining United on the evening). Evans terribly placed a pass towards the centre of the penalty area, which was easily intercepted and slotted home by Will Grigg.

It was then another 45 minutes ahead, down 0-1, facing an embarrassing second round exit.

Louis van Gaal, much like Sir Alex, believing in the youth of United, it would appear readily apparent the Dutchman will utilise younger players in the Capital One Cup’s early stages, alongside some of the outcasted first team members as of late. The philosophy, unfortunately hadn’t been paying off for van Gaal during the first half, as United largely looked confused as to how to break down the stingy defence of MK Dons.

After failing to register a shot on target in the first 45 minutes, United continued the second half in a lackluster fashion, neglecting to truly attack with any real conviction. Reece James was a positive inclusion on the evening as he continued to find himself forward, however; more often than not, the youngster was left all to his lonesome.

On the evening, MK Dons played with the more passion in their football, more often than not United were forced to settle for a hopeful (or hopeless) cross into the centre of the penalty area.

And then, it was the stuff of dreams for Will Grigg, who bagged his second goal of the match just after the 60th mark.

Grigg tallied to put MK Dons 2-0 ahead in the 63rd minute as he chested home the ball low to David de Gea’s right, urging the Stadium MK to their feet.

United then had 25 minutes to save themselves.

Then, MK Dons put the nail in the coffin after 70 minutes through the right foot of Arsenal loanee, Benik Afobe.

Afobe was sent in behind the United defence after replacing Grigg, who then comfortably slotted far post beyond the outstretched de Gea.

Just as matters could not get any worse, 3-0 down, Afobe powered his way through three United defenders and made it 4-0. There isn’t really any justifying that – whatsoever.

The fewer words, the better.

Granted, Louis van Gaal elected a younger Manchester United squad – but the writing is on the wall. United need to improve, the philosophy needs to improve – and hopefully it begins with Di Maria.