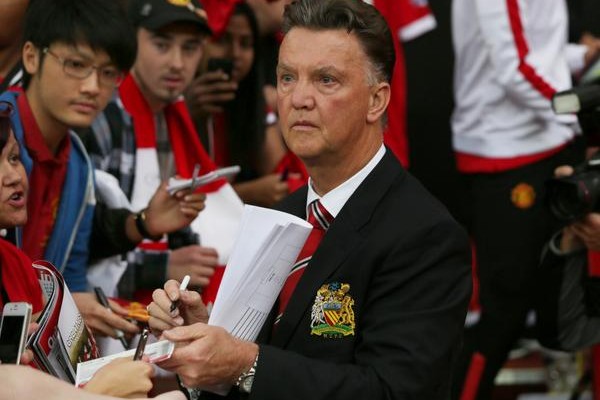 Louis van Gaal had injuries to deal with yesterday, sure. But had he and Ed Woodward managed to sign the players that were needed in midfield and defence, then he wouldn’t have had such a selection headache. United have three very capable centre-backs in Chris Smalling, Jonny Evans and Phil Jones but, with the inability to sign another player or two for those positions and the insistence on starting with his favoured formation it unfortunately requires all three to be fit at one time. This, as United fans have seen over the past few years, is something that is nigh-on impossible. Two centre-backs, a utility player and a top class midfielder are required if the club are to have ambitions of competing in Europe’s premier competition next season.

2. Chicharito and Marouane Fellaini’s days at the club are numbered

As soon as the static figure of Javier Hernandez was removed at half time, United began to look menacing again. This mirrored a lot of what has gone on in past seasons. The Mexican is capable of wonderful things, but a Manchester United first team starter he is not. The introduction of Fellaini for debutant Ander Herrera was something that should have sparked the next stage of the comeback but United lost the edge they had and Swansea went on to get their winner. Fellaini can be a very effective player when used correctly but bringing him on for Ander meant that United lost the cool but urgent passing that the Spaniard brings to midfield. Van Gaal is obviously keen to give every player in the squad chances, but both Hernandez and Fellaini are at the top of a list of players that many United fans want to see the back of.

The new in vogue formation for this season appears to be the one that Van Gaal started with yesterday but are three players needed in central defence when the opposition is playing with a single pacey forward? With all due respect to Swansea City, they were never going to cause the kind of troubles for United that required five defenders when the away side attack. This left a veritable hole in United’s forward line when counter-attacking. The 3-5-2 formation was most effective against better teams at the World Cup. Of the four best sides that Holland faced at the World Cup three were dispatched with consummate ease whilst in the other, the semi-final against Argentina, the Dutch were arguably the better side. Contrast that with their games against Australia, Mexico and Costa Rica where they struggled and you can see why United’s performance improved when the shackles of that system were thrown off.

4. The urgency after half-time was promising

One thing that rarely happened last season under David Moyes was the kind of response straight after half time that we saw yesterday. Sure, Moyes’ era had its comebacks but it was rare that United kicked into gear so soon after the restart. Take the game against Fulham. United went down to a first half goal but didn’t find the equaliser and goal that put them in front until the final ten minutes. Van Gaal’s message before the game was simple and one of calm but, you’d imagine, that the Dutchman was more inclined to give the team a lashing with the ‘hairdryer treatment’ that Sir Alex Ferguson was famed for at the interval. This showed with the quicker tempo with which United began the second half.

5. Optimism may need to give way to realism

Even the most pessimistic United fan before kick-off would’ve expected United to lay down a marker for the new season and show that they are more than capable of finishing in the league’s top four. Whilst yesterday’s result should be put into context due to the injuries and lethargy that the squad has suffered with over the close season, we perhaps need to be a little more realistic about United’s chances of finishing in the Champions League places this season. With appropriate investment the squad should be nailed on to finish there but, with the lack of movement in the transfer market, ambitions may need to be re-evaluated. Time will tell.