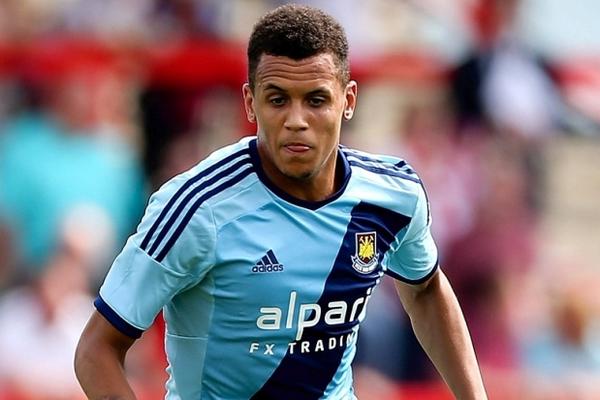 In a parallel universe we would now be upon Ravel Morrison’s breakout season at Manchester United. His new boss is a world class manager with a career long track record of developing and blooding young talent from the streets of Amsterdam to the mountains of Bavaria via Las Ramblas. That isn’t even getting onto an extremely creditable spell in his homeland with AZ Alkmaar and taking a pretty average Holland team a within penalty shootout of a World Cup final.

Morrison, in that universe, would be putting himself forward to be the big star of a new era at the club and likely forcing himself into the national team for Euro 2016 to in France, a stage fit for such spectacular ability. However, unless we can gain access to the many world’s which exist as first proposed by celebrated American physicist Hugh Everett, then we’re limited to this universe and here things are not going well for Ravel Morrison.

Instead of returning from a commercially successful, rock band style tour of the United States Ravel Morrison yesterday appeared in the dock for two counts of assault and harassment, including punching his ex-girlfriend and her mother. It is the second time Morrison has been in court facing charges which generally show him up to be a contemptible, petty thug; he is just 21.

I’ll never knock a human being for being wild when they’re young, I certainly was and did things I won’t be going into on here seeing as my family don’t even know the full lurid details of those things. On the other hand, most of us don’t get gifted the opportunities Morrison did. More importantly most of us didn’t beat up and emotionally abuse women, threaten to throw acid in their faces and blow up their families and that’s just what Morrison allegedly did last month.

Previously, as a 16 year old, Morrison and two friends mugged a fellow teenager at knifepoint and then went onto try and systematically intimidate the victim when the police and the legal system found out about the mugging. Morrison, at that point was already in the Manchester United academy and had represented England at youth level.

Unfortunately being a morally bankrupt human being isn’t really an undesirable trait in footballers as long as it doesn’t affect performances, the likes of people from Lee Hughes to John Terry are testament to that. Unfortunately Morrison felt obliged to be moronic on the footballing side of things too, skipping training more than George Best to hang out with the friends who Ferguson felt were such a troublesome influence he sold him to a team over two hundred miles away to “start a new life.”

It didn’t work, seeing as he was collared for his most recent offence in Manchester just weeks ago, much as I myself saw him frequenting a bar in Manchester during the wee small hours on a weekday in March, despite the fact he was on loan at QPR at the time, a team stationed some way away in London.

That didn’t seem to affect his inflated sense of self – esteem, one which contributed to his United downfall. Nobody told Morrison that to back up his claim of getting into the first team, something he apparently constantly griped about, he might have to turn up and work for it, like a job! Who knew eh? The fact that a second manager, Sam Allardyce has now lost patience with him too, causing a faultline to appear between him and owners Gold and Sullivan, shows that young Ravel is likely the instigator of his own troubles rather than the classic good kid lead astray.

His career trajectory reminds me of a man described as “the greatest footballer you never saw,” Reading cult hero, Robin Friday. Friday, an almost mythical figure in English football, was seen as one of the most talented forwards the country had ever produced, touch, technique, freakish strength and prolific in front of goal, in many ways the reverse side of the coin from Wayne Rooney who thankfully hasn’t fallen into the same traps. Regrettably due to a consistent pattern of boozing, recreational drug taking, broken relationships and all round appalling conduct, Friday retired aged just 25 before fading into obscurity, more petit crime and death at just 38. It’s likely why many of you, have never heard of him.

Among the many stories which fuel Friday’s legend was a conversation between Friday and his former Reading boss Maurice Evans. Friday was admonished by Evans about his behaviour as Evans felt he was throwing away the chance to be a celebrated England international. Friday simply replied trademark uncaring arrogance “I’m half your age and have lived twice your life!”

Judging from what we have seen so far, I would bet Morrison would likely reply in similar fashion when the same point was put to him and if you’re female he would crown his answer with the exclamation point of jabbing you in the jaw.

It is, in some ways, a shame that a young man seen as the greatest talent to come through Manchester United’s youth setup since Paul Scholes, a man rated even higher than the brilliant Paul Pogba, is proceeding to throw his career away. However, I won’t shed a tear for a thug and unapologetic serial domestic abuser if he goes the way of Robin Friday, it’s just a shame such incredible talent is wasted on such an awful human being.

In the meantime a crop of his better behaved peers who didn’t spurn their chance are about to embark upon the opportunity of lifetime under Louis Van Gaal. Hard lines Ravel but you only have yourself to blame.