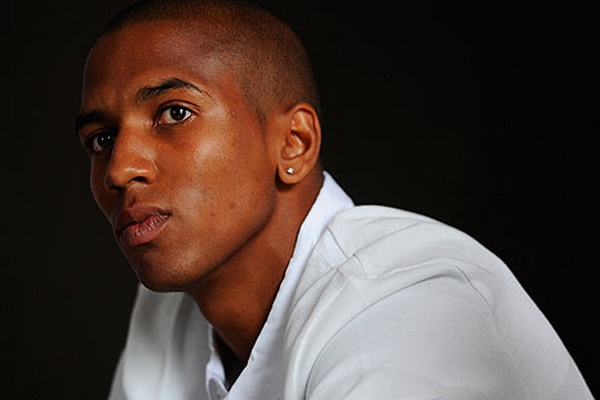 Long before Sir Alex Ferguson ended his remarkable tenure at Manchester United with the club’s twentieth league title, a trophy won, it was generally accepted, by the brilliance of a few key players and the sheer force of will of the manager, Ashley Young had for many fans come to symbolise the drop in standards of the playing staff at Old Trafford since a third European Cup had been won in Moscow five years before. Gone were Cristiano Ronaldo, Carlos Tevez and Edwin van der Sar, whilst many of those who remained from that wonderful side – Rio Ferdinand, Nemanja Vidic, Patrice Evra, Paul Scholes, Ryan Giggs – were slowly succumbing to physical decline. Since the loss of Tevez and Ronaldo in the summer of 2009, with the club straining under the weight of the debt imposed on United following the leveraged purchase of the club by the reviled Glazer family, Sir Alex had eschewed the high end of the transfer market, instead seeking out what he considered to be ‘value in the market’. In practice this meant the odd star plucked from a Premier League rival, the use of the most promising talents within the club’s youth ranks, cheap punts on potential and a sequence of mid-range purchases of young players the Scot knew or hoped could already perform consistently in England. The result of this relative frugality was, by 2013, a squad high on effort and of reasonable talent dragged along by the few top level players remaining and their collective spirit. Inspired, delicious, inspirational football had been replaced by functionality and grit and whilst the side kept winning, domestically at least, performances had long since been slipping, much to the dismay of many United fans. No player came to epitomise the mediocrity of that United or felt the resultant wrath of the supporters more than Ashley Young.

When Ferguson paid a reported £16m for Young in the summer of 2011 the fans were still dreaming of a genuine replacement for Cristiano Ronaldo. Antonio Valencia, purchased the same summer that the Portuguese left for Real Madrid, had done well but was considered somewhat one-dimensional and Nani, long thought to be his heir apparent, flickered between brilliant and non-existent. Young, it was opined, would not be an improvement on those in possession of the wingers’ shirts and with wages topping six-figures per week it was a deal that left many utterly baffled. But this was, it appeared, the new reality at United: limited net transfer spends and an end, in the short to medium term at least, of world-class talents or those with such potential being brought to the club at huge expense. To some the Young deal, with his extortionate wages, was anything but Ferguson’s notion of value, but his perceived ability reflected perfectly with the argument that standards and aspirations at Old Trafford had perceptibly dropped as interest payments and legal and banking fees took their toll on United’s finances.

And yet lost somewhere beneath the opprobrium was the fact that United were buying a player with a very fine record in the Premier League and one who was, by that summer of 2011, emerging as one of England’s most important players. Young had impressed in the early stages of his career at Watford, securing a £9.75m move to Martin O’Neill’s Aston Villa in January 2007, where he continued to excel in an exciting, upwardly mobile team. In that 2007/08 season only Cesc Fabregas created more goals and Young developed a reputation for his pace, trickery, shooting ability, crossing and set-piece delivery, earning himself a place in the Premier League team of the season. His form persisted over the following three seasons, even as Aston Villa’s expensive game of Russian Roulette began to unravel. In his final year at Villa Park, Young was moved to a free role behind the striker and continued to impress, providing nine goals and thirteen assists in an average side. Sir Alex had a penchant for acquiring players who performed well against his United teams, and Young’s scintillating performance in that season’s 2-2 draw at Villa Park may well have persuaded the Scot that the 26-year-old Englishman, who had by now started to make his mark at international level, was his man.

Thus, when United acquired Young in June 2011, beating off competition from Liverpool for his signature, Ferguson appeared to be purchasing a player who was approaching his peak and who he believed could play to a consistently high level in the Premier League. And, despite the doubters, his early form at Old Trafford suggested that the manager’s eye for a player had not deserted him. A man-of-the-match performance on his debut at West Brom saw Young force the own-goal winner and his fine form continued as the season progressed, the highlight being his two goals in the 8-2 home win over Arsenal. But that early excellence was to be interrupted by an injury which would keep him out until February and, despite occasional flashes of brilliance, he was never able to regain that consistent level of performance again.

The following two and a half years, until the appointment of Louis Van Gaal this summer, saw Young quickly descend into mediocrity, a crisis of confidence reducing him to a standard of performance which the doubters had considered to be his level all along. He once again came to epitomise the falling standards at the club, an easy target for those erroneously looking for scapegoats outside of the boardroom. His ‘averageness’ became a self-fulfilling prophecy, the barracking and abuse surely only serving to further dent Young’s fragile confidence. The player didn’t help himself by developing a justified reputation as a diver, but his high wages, perceived flashiness and lack of end product made him an easy target for frustrated fans. At times, particularly on social media, the irrational hatred of a man who behind the scenes is considered to be a thoroughly nice bloke, went way past the bounds of acceptable behaviour. By this summer, after a season of collective disaster under David Moyes, Young’s relationship with many supporters had gone far beyond toxic.

Even for those simply interested in football over club politics or hatred it was hard to argue a case for new manager, Louis Van Gaal, retaining Young, particularly given the size of his wages and the fact that the Dutchman signalled his intention to operate with a new 3-5-2 system which would rely on wing-backs providing width as opposed to classic wingers. Of the wide-men at the club Antonio Valencia could conceivably be converted, but for Young and Nani the future looked bleak. Both, perceived wisdom stated, would surely be available for transfer. And then something remarkable happened. In the first match of the summer’s pre-season tour to the United States, Young came off the bench and scored two fine late goals. He continued his form into subsequent matches, peaking against Real Madrid in Ann Arbor, where, playing as a left wing-back he tore through the Spanish right flank, again scoring twice and showing the best of his strengths of pace, trickery and right-foot crossing. This is the Ashley Young of those early months in 2011/12, a player who could be a real asset to any team. And so, in a few short weeks, attitudes towards the player and his future have turned 180 degrees. Few are now contemplating that he should leave and his name has ceased to be included on lists produced by the media of those United wish to move on this summer. What a difference a new manager, happy working environment and re-found confidence can make. Yes, this is only pre-season and far tougher challenges lie ahead, but Van Gaal and Young have reminded us that, at 29, there is still significant talent within him. Given his age, this could be a defining season for him at United but, after years of barracking and abuse, maybe he will have the last laugh after all, something only the most bitter would be unable to take pleasure from. This is a chance of a new beginning at United for many in the squad. No one seems to be rising to that challenge as much as Ashley Young, a man who was stuck in a huge rut but looks like he might, at last, have found the confidence and inner belief to climb out of the hole and prove his worth.