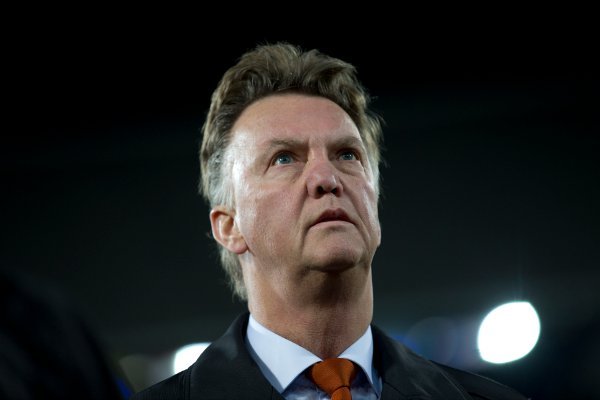 When I wake up in the morning the first thing I tend to do is pick up my iPad and check the BBC and Twitter for the latest news, sporting or otherwise. On Saturday I had expected there to be some general discussion about Louis van Gaal’s latest press conference, which had taken place overnight in the US in anticipation of the following day’s friendly against Real Madrid. Interest in these Q&A sessions remains relatively high, but gone is my desire to hang on the new manager’s every word. His early media events were gripping and United fans were curious and excited to hear the man with the legendary ego talk about the challenge of resurrecting their club. He certainly delivered, displaying insight and self-confidence in equal measure and giving those who follow the club some reassurance that United is in good hands, but the more a man speaks the less you take note of his words. When answering the same questions over and over every few days the respondee can also become disinterested and less likely to offer an insightful or meaningful answer.

The US tour has been a long one. Too long, in terms of time away, travel distances and commercial responsibilities. Refreshing Twitter on Saturday morning I had, therefore, not expected anything of great interest to have been said during the night. It appeared, on the face of it, that I had been wrong in that assumption. “Louis Van Gaal feels that Manchester United may not need to make any more signings” pronounced the Sky Sports News account. That didn’t sound good, an echo of seasons past in which incoming transfer targets could not be acquired and Sir Alex and David Moyes had been forced to defend their positions by implying that the lack of reinforcements was a conscious choice. Just days ago Van Gaal was correctly critical of the balance of his squad, bemoaning the lack of quality and numbers in wide positions and at the back. Could he have changed his tune so quickly, and if so why?

These are confusing times at United. On the one hand they have a Vice President, Ed Woodward, making grand pronouncements about signing the best players in the world and there being no ‘budget’ and thus, in theory, no restrictions on the acquisition of certain players. On the other you have a manager not known to spend for spending’s sake, preferring to acquire players to fit a system rather than signing trophy footballers just because he can. Throw in the fact that the Glazers have announced this week that a further 5% of their shareholding will be sold on the New York Stock exchange, an event which will unquestionably be a drain on time and financial resources at United and which could postpone or curtail transfer activity as the owners attempt to maintain the current high share price, and some are beginning to wonder if the finance and expertise to address the team’s abundant problems are actually in place.

The holes in the squad are vast. As Van Gaal has observed, United have an abundance of high class forwards and attacking midfielders, but are desperately short of quality in wide areas and central midfield and have a chronic lack of centre and full backs. With the opening competitive match of the season just two weeks away the need to strengthen is becoming more and more urgent. A team which play three at the back cannot possibly enter the new campaign with only three senior centre backs, all of whom have difficulty staying fit and none of whom could be described as even approaching World Class. The alternatives in that position are to play the talented but largely untested youth product Michael Keane or to convert one of a number of average midfielders into makeshift defenders. For a club of the size of Manchester United that would be an astonishing and quite frankly farcical state of affairs. With the above in mind it was, on the face of it, understandable that many United fans on Twitter were extremely concerned by the manager’s comments. Is he being let down again? And if so, it would be unlike him to take the hit for owners who had misled him about available funds, or a Vice President unequipped to meet reasonable expectations in the transfer market.

As with all events discussed on Twitter, elements tend to over-dramatise and there was certainly a great deal of wailing, melting-down and gnashing of teeth on my timeline about Van Gaal’s words. With a month remaining of the transfer window some concern is reasonable, toys flying out of prams is not. I decided to pop over to YouTube and watch the press conference in question. I wanted to hear the words for myself before sitting down to write about the potential ineptitude and folly which could, potentially, be engulfing my club for a second successive summer. And then I saw the video and once again cursed the inflammatory and reactionary nature of the Twittersphere.

Van Gaal did indeed claim that he may decide not to buy more players, but it was said to reinforce the point that he is still assessing his squad and to provide breathing space for himself and the club in the transfer market. It was a way of nipping an extended discussion about player signings in the bud, and it worked. There was no further questioning on potential targets. It was noticeable how tired the Dutchman looked, every question drawing short, weary answers. The tour is clearly taking it’s toll on him, as he predicted it would on his team, and no doubt they would all much prefer to be at Carrington, working hard in preparation for the new season, rather than flying around the United States juggling endless commercial and media appearances. So much fuss and anger about an answer which clearly meant very little at all.

Thus, matters remain as they were before I went to bed on Friday night and as they will no doubt be when I do so tonight. The significant weaknesses in the United squad, both in terms of quality and numbers, remain, a state of affairs that certainly justifies some concern and disquiet as we approach the beginning of the season. But there is still time for the club to act. If in two weeks the status quo remains then it may be appropriate to flap, but we are not at that point yet. Van Gaal’s words, in written form and taken out of their original context, could have been a sign that all is not right, but such judgements should never be made on the basis of second, third, fourth or fifth-hand reporting. It’s always best to hear words from the horses mouth, and in this case the very weary horse was simply trying to avoid being pestered further on matters he didn’t want to neigh about. So stand down. Anger may be appropriate in the future, but right now Van Gaal’s words mean nothing at all.