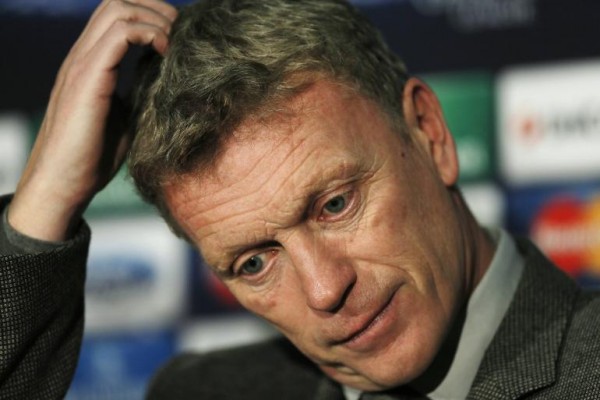 When Manchester United are mentioned in conversations about football, inevitably the concept of beautiful, free-flowing attacking play comes into the equation. For decades, the notion of football being played the right way went hand-in-hand with the club we all love. But truth be told, and most fans will tell you this, it’s been a long time since Manchester United played the kind of football that has become synonymous with the club. This became unnecessarily clear after the short David Moyes dynasty during which the Scot, presumably a double agent for one of Europe’s biggest clubs, set about single-handedly undoing decades of great work. But the thought that the football towards the end of Fergie’s era was anything other than determined is a fallacy. There were some wonderful moments, most recently the 2012/13 season during which the team snatched victory from the clutches of defeat on numerous occasions. Fans and pundits alike waxed lyrical about the football on display, but in truth, and this is one of those cases, entertainment can often be confused for quality. It was more the sheer force of personality and the years of success built up under Sir Alex Ferguson that inspired those comebacks and in the end, delivered another league title.

People will mention Ronaldo’s final season at the club, and some of the football played that year was magnificent. But there was just as much stilted, clumsy but nevertheless gutsy football in between those periods of brilliance. For me at least, much of the tail end of Ferguson’s time at Old Trafford will be remembered as rather mundane football. Players going through the paces, total lack of zip or pace in the play and a general lack of cohesion in the team as a whole. There’s a comparison to be made between United and Brazil. Much like United, this year’s World Cup hosts go hand-in-hand with the beautiful game. “Play the Brazilian way” is a popular phrase apparently (I’ve never used it) but in the last twenty years, bar small patches, if people were to truly play the Brazilian way they’d spend more time kicking lumps out of each other and playing long balls than embarrassing players with nutmegs and rabonas. Like with United, a myth has developed around the Selecao, whereby this style of football is associated with the team regardless of the style they’re currently playing.

The reason for the depressing first two paragraphs are not to try and sully the memory of Sir Alex’s time at the club, far from it. It is however to illustrate a point. On Wednesday morning, in the 38th minute of the pre-season International Champions Cup, van Gaal’s side produced a twenty-two pass move that nearly culminated in a goal. As I watched on a surprisingly good stream i could barely believe what I was seeing. I immediately tweeted that it was the best piece of United football I’d seen since Ronaldo left the club and I stand by that. It was beautiful. You’ve probably seen it already but if you haven’t do yourself a favour and take a look. One-touch passing, total awareness of the pitch, flicks and urgency were on show as United moved up the field. That a goal wasn’t scored isn’t important for me, it’s more about what the move represents. First of all, it was football literally any team in the world would be proud of. Secondly, it showed that van Gaal’s ideals and way of doing things has been quickly bought into by the players. There’s been an overall improvement in tempo and pace since van Gaal took over and this was the clearest evidence of that. Obviously, Ander Herrera has aided things hugely in midfield, where his awareness and spark has already drastically improved the most underwhelming area of the squad. But aside from him and Luke Shaw, this is the same squad that performed so dismally under Moyes last season. The performances of recent games has shown that there’s a bit of life left in the team yet, that some of these players have more to offer and that some may prosper in previously unfamiliar positions and roles.

It’s extremely early days yet but in a very short space of time Louis van Gaal (swoon) has returned a lot of the confidence to Old Trafford which in turn,along with his general philosophy, suggests that a return to attractive, attacking and possession football may not be an unrealistic prospect. Give van Gaal a bit more time with the players and a couple of new signings and the return of the United way of football may not be far away at all.