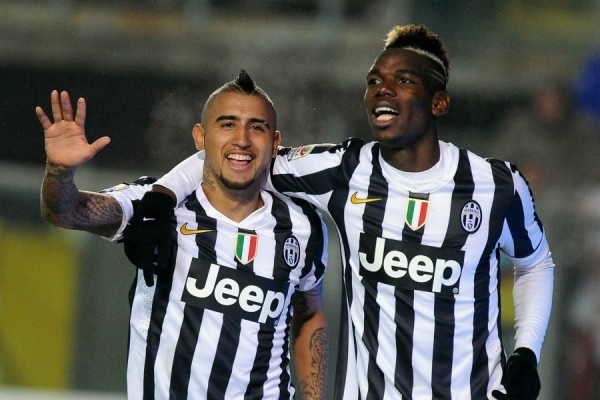 Good morning. It’s the start of a new week and there is nothing new in the media as far as Manchester United are concerned. When I say that we’re still being linked with Juventus midfielder Arturo Vidal and it has been a while since Ed Woodward secured a signing with just over 30 days remaining in the summer transfer window.

Louis van Gaal and his new squad arrived in Washington last night where they face Inter Milan on Wednesday. The tour has been a success thus far having Los Angeles and Denver crossed off the map with two victories consisting of 10 goals for the reds. There is also a good feeling around the club with the players genuinely caught in awe towards their new manager.

Woodward probably knows at this stage that if he fails to deliver the signings Van Gaal approves, he will be outed publicly and things could get even uglier. The club want to avoid episodes of such negativity so fingers crossed there will be no need for making excuses. That does lead onto one of my favourite aspects of our boss’ personalty – honesty. David Moyes, perhaps understandably given how poor it had become, was always keen to justify or lie about the quality of a performance.

Not only do we expect to be entertained on the pitch but off it too. Van Gaal has had a terrific approach with the media on tour, dealing with questions about his philosophy and making sure the journalists in Denver posed questions to Tom Cleverley like they would with any other United footballer.

The main and indeed only substantive story today can be found in Italian newspaper Gazzetta, and is quite an interesting one regarding the interest in Arturo Vidal, which many thought had ended in similar fashion to Toni Kroos. According to the paper, Juventus have met with the player’s agent, Fernando Felicevich, and now report that the ball is in his clients court. The size of the fee in question is €60m – a substantial amount for a player we so desperately need – but with the Manchester based journalists ruling out any move, it’s difficult to know what to believe.

Other reports in Italy claim that Juventus would use the money they receive for Vidal to purchase Javier Hernandez and Inter’s Fredy Guarin. Realistically speaking, Hernandez needs a transfer out of United for the sake of rebuilding his career. The Mexican’s chances are not going to come as often as he would like and he has already been outspoken about that. Guarin, being their second aimed transfer, recently signed a contract extension after being one of Moyes’ target.

Meanwhile, Manchester United’s official Instagram has confirmed that Rafael Da Silva will leave the US Tour and return to Manchester where he will continue treatment on the groin injury he picked up while training in Denver.