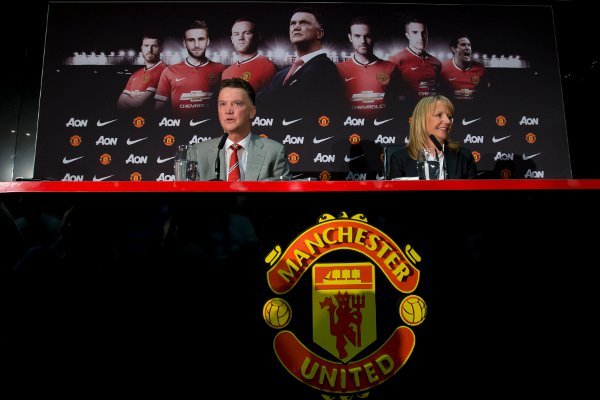 I have to admit straight from the off – I already love Louis van Gaal. His button nose that horrifies and delights at the same time, his bizarre tight-on-the-sides haircut that makes him look like a 1930s politician and his propensity to fly off the handle at any given moment are but three of the things I adore in our new manager. As much as I’d love to list everything I love about him, I’ll leave that for another day.

Van Gaal has a long history of finding fault at the clubs he manages. Not in a whiney, excuse-making sort of way, but more in the way that he sees an issue and he wants it fixed. The way his mind works presumably dictates that if something isn’t done right (or to his liking) it should be changed. Simple. He applies that logic on the pitch too, this was shown by a video clip that circulated of van Gaal telling Wayne Rooney how he wanted corners to be taken. Once Rooney does it right, Van Gaal applauds and rewards him with a hug. Teach a dog a trick and give him a treat. Simply put, the madman’s a perfectionist.

If he thinks something isn’t executed correctly, he’ll make sure it soon is. This may eventually mean that he asks Tom Cleverley to actually fully open his eyes when playing football, it may even suggest that he’ll try and convince Antonio Valencia that God won’t inflict a century-long plagueupon the world if he attempts to use his left foot or, heaven forbid, cut in once in a while. He also recently took offence to an off-pitch issue with the club. In a press conference last week Van Gaal laid bare his disdain for the club’s extensive commercial activities and how they infringe on players’ time and welfare.

Far from being tentative in his approach to the club (are you watching David?) Van Gaal operates on the basis that once he’s manager he is in charge of everything. Not content with dictating what occurs on the pitch, Van Gaal will seek perfection in every aspect. No more of Wayne Rooney trying to sell cheap fags after training, no more of Chris Smalling ducking under doorways because he’s afraid of anything higher than six foot five in the air and in this case, no more wasting his players’ time with nonsensical non-footballing crap.

Of course, there’s very little that can be done about this. Premier League (am I allowed to write the name without putting a copyright symbol after it?) contracts state that players must commit to a minimum of six hours of commercial and charitable activity per week. Obviously, this isn’t very much and it’s not a lot to ask, but that would be missing the point. That point being that Van Gaal probably won’t lose sleep over his players’ commercial activity. He probably doesn’t even care that much about it. But he said it, and by saying it he has made the club’s suit-wearing executives take notice. He’s exerted his power at his new club by pointing out the flaws he sees. This type of alpha male display is merely van Gaal getting on his hind legs and beating his chest.

Van Gaal’s been compared by many to Ferguson, and in some regards it’s not madness. But in many ways, at this moment in time, Van Gaal is a better man for United than Ferguson. You see, Fergie was too close to the Glazers. We all loved him but you cannot deny that towards the end he had the Glazers’ intentions and well-being at heart rather than the club’s. This prevented him from ever criticising them or the club. He became too safe, too engrained in the toxicity brought upon the club by those chaps from America. Now Louis hasn’t exactly criticised them but he has indirectly told them that they’re not doing things right. In Van Gaal we have a manager who won’t put up with inane foolishness from the club for the sake of a few quid or a new commercial carpet-making partner in eastern Yemen.

Already I can picture him retiring to his room (and office in the coming weeks) after a long day, pouring himself a glass of red and perhaps smoking a cigar, probably looking into the mirror or a portrait at least. All the while smiling to himself at how meticulously and perfectly he’s taken control of the club already. United is a monster, commercially and in a sporting sense. Sadly, our owners are also monsters, desperate to squeeze every penny out of the club. The only way to defeat or at least nullify a monster is with, (yes, you guessed it!) another monster.