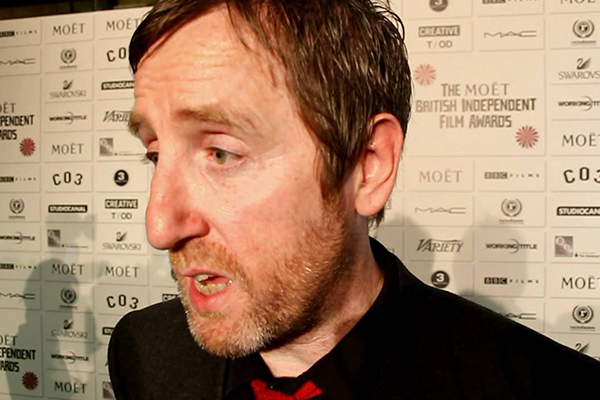 Michael Smiley, an award winning actor and comedian, has agreed to do monthly bits with Stretty News along with his Manchester United loving son Paddy. In his first column, the 8-year-old takes some time away from playing Minecraft and FIFA 14 to reflect on David Moyes while the excitement grows under new manager Louis van Gaal.

Michael Smiley: Why was David Moyes the wrong man for the job?

Paddy Smiley: He kept the same tactics he used at Everton by playing too defensively. His mindset from managing Everton remained, therefore, he really struggled to adapt to the United way. Everton finished around 7th the season before, then so did we last season. That’s the best Moyes could do.

MS: What do you think was his biggest mistake?

PS: Buying Fellaini. If you watched him closely he looked like he had stagefright. He was used to playing at Goodison Park for a small club.

MS: Do you think Van Gaal is the man for the job?

PS: Definatley he knows how to win a title. Moyes does not.

MS: What do you think of our purchases so far…Herrera?

PS: If you look at the LA Galaxy game, nearly all the goals came through Herrera. He was amazing. Luke Shaw is really young but has been terrific for Southampton. I think with him & Reese James we have the left back position sorted.

MS: Do we need another centre back, like Hummels?

PS: I don’t think we need Hummels, as he doesn’t have enough pace, therefore struggles to react quick enough, for me. I would have loved Martins Indy…or maybe Vermealan.

PS: Yes but I’m a bigger fan of Sweinsteiger, I think he is stronger defensively, so would work better with Herrera, whose more attacking. Schweinsteiger knows the LVG way too.

MS: With 3 at the back who would you choose?

I would like to see Mata and Rooney swap when we are caught defending, as Mata doesn’t track back enough for my liking.

MS: Do you think we should bring in more new players or give our youth a chance?

MS: Predictions for the new season…

PS: Finish second in the league and win the FA Cup.

Thank you Paddy. We’ll talk again at the end of the first month and get your thoughts.

Biography from michaelsmiley.co.uk: Actor, writer and comedian Michael Smiley is well known for his 2011 role as hit man Gal, in Ben Wheatley’s Kill List (for which he won Best Supporting Actor at the British Independent Film Awards and Best Actor at the Total Film Frightfest) and cycle courier Tyres, in cult TV series Spaced. Other roles include the devilish O’Neill in A Field In England (2013), computer expert Benny, in BBC 1’s multi-award-winning Luther, George Lusk in the BBC’s Ripper Street and Baxter in Channel 4′s Black Mirror’s, White Bear.

A successful stand-up for 20 years, Michael was an award-winning international headliner, and his trilogy of self-penned one man plays brought him acclaim at the Edinburgh Fringe. His play, The Immigrant, premiered at the Cathedral Quarter Arts Festival in Belfast in May 2012. His BBC series, Something to Ride Home About, about him cycling around his native Northern Ireland, screened in 2014.

In 2014, he will be appearing as Reynolds with Jude Law and Ben Mendelsohn in Kevin McDonald’s Black Sea, and as Shannon alongside Stephen Graham in David Leon’s Orthodox.