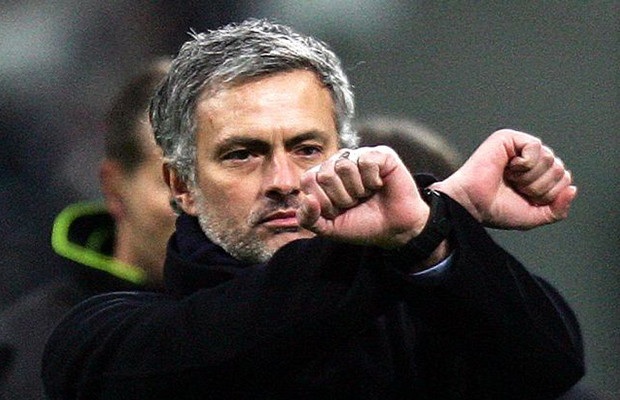 This time last year Jose Mourinho was still wiping away the tears of rejection. Manchester United had overlooked his managerial qualities by appointing David Moyes. The wrong decision most, if not all, will admit but the pain remains for the special one.

Chelsea underachieved last season and I, for one, cannot see past them this time around in terms of becoming Premier League champions. They lacked presence up front and payed the price for that come May when City took advantage of Liverpool slipping up.

Already this summer Chelsea have spent well. Diego Costa arrives as the new main striker and Mourinho has brought back club legend Didier Drogba. Talk about a kick in the teeth for Fernando Torres. Another coup early on was Cesc Fabregas much of a surprise to United fans with Louis van Gaal not showing any interest whatsoever. A very different approach to David Moyes, who thought it was a good idea to call Fabregas directly over and over whilst holidaying in Miami last summer.

Roman Abramovich has never been one to hold back when it comes to splashing the cash on new players, and when you consider Mourinho’s recent dig at United new boy Luke Shaw it contradicts their business structure a little.

The Chelsea manager said he did not attempt to sign Shaw because the 19-year-old’s wage demands would have ‘killed the stability’ in the Chelsea dressing room. It obviously didn’t go down well after consulting captain, leader and *alleged* racist John Terry who earns £165,000 according to We Ain’t Got No History.

“If we pay a 19-year-old boy what we’re being asked for, for Luke Shaw, we are dead,” said Chelsea’s manager, whose club offered £185,000 per week to 21-year-old Eden Hazard when the French midfielder joined in June 2012 under the management of Roberto Di Matteo. While it was not a signing of Mourinho, the club did not so much die despite the player being paid a considerably higher amount that what United’s latest signing.

“We kill our stability with Financial Fair Play. We kill the stability in the dressing room.” The best line, however, came near the end of the interview. “I don’t criticise the other clubs for paying it. But in my club, we can say it would be very negative.”

While he may have a point about United overpaying for the service of Shaw, it is something that will never be discussed in 10 years time granted it is a success. A risk worth taking when you consider the attributes and maturity he has at such a young age.

It takes some doing for a managerial presence or figure at any sector from Stamford Bridge to badmouth the expenditure of another club, and that’s why I would personally put it down to mind games. But why so early?

Cast your mind back to approximately this time last year. Mourinho was patting United on the head simply because he does not bother with the weak – you guessed it, David Moyes. Now the Chelsea manager is questioning his rival’s transfers and we’re seeing a different approach because he feels threatened again that United are back. Hurray.

Like many, I have learned to take a lot of what Mourinho says with a pinch of salt. It is fair to say much of it is used to get under people’s skin, previously seen with Arsene Wenger, who he sees as the specialist of failure.

Louis van Gaal knows the score. When asked about the comments last night in Denver, he refused to respond and said he will deal with Mourinho privately. Uh-oh.