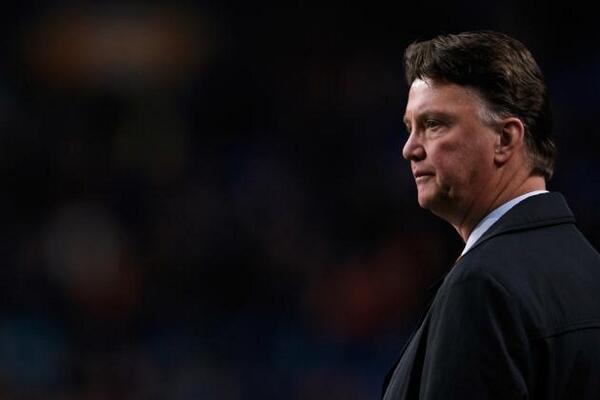 “…but I will not give predictions.”

A straight answer to a stupid question by a hack who apparently gets paid to write this stuff regularly. At times during Louis Van Gaal’s press conference you felt that the assembled journalists were stuck in a time warp, likely afraid to ask anything so moronically Andy Townsend that they may have had their faces incinerated in response.

It’s an exaggeration of Van Gaal’s personality of course, he’s a formidable and intelligent man who doesn’t suffer fools but has enough pedigree and talent to do so. He’s no volatile fool though, he knows full well how to manage players and the media and today he said all the right things United fans however, who were falling over themselves due to a series of answers that were not uttered by Van Gaal’s dour predecessor would do well to temper expectations.

I feel a little like planet Earth did when Barack Obama ascended to the US presidency in 2008. We all thought he was the greatest thing ever simply because he wasn’t George Bush or a generic white guy. We were so enthralled that he even got the Nobel Peace Prize despite the fact the US is as belligerent and madly violent as ever. Van Gaal will deservedly get a grace but it needs to be because his track demonstrates he is a man with successful long term plan, not just because he isn’t David Moyes. Although he will be a more deserving winner of the Nobel Peace Prize than Obama was.

If the team finishes fourth next season, the fans should be happy with that. There are certain provisions with that of course, the main one being that the team plays progressive football which you can watch without wanting to pour bleach in your eyes. The work Van Gaal needs to do to make Manchester United the number one club in the country again will take time, particularly as sport tends to be cyclical and Manchester United maybe on the wrong end of the curve right now. Whether anyone wants to admit it, Ferguson left an unholy mess behind even amongst, or more accurately, hidden behind the success of his final season. It wasn’t simply that the team had an aging spine and a notoriously threadbare midfield behind the scenes wasn’t a bed of roses either. The manager left a weak manager, with no bargaining chip, a disgruntled star player with a massive chip on his shoulder in Wayne Rooney. That situation, to this observer, did more than anything to undermine Moyes’ authority as he sought Neville Chamberlain style appeasement.

Also the scouting system was hopelessly outdated with Ferguson preferring to use his “instinct” to bring in players. In the modern market, it was a notion that worked less and less and likely cost the club several players it needed. Moyes has done work revamping it but Van Gaal will likely need to do more seeing as he axed several of his predecessor’s targets.

Secondly and most importantly, the development of younger players took a nose dive in his final years in charge.

That charge is a sacrilegious notion to some as he lived off the Class of 92 and happening to purchase the best player of our age at just 17 years old from practical obscurity in Portugal. However, the likes of Welbeck, Cleverley, Smalling, Rafael, Fabio, Jones, Nani and Anderson seemed to go backwards over time once integrated into the first team to the point where it appears some of them have no futures. That is a real shame bearing in mind the considerable promise and talent those players clearly have.

Fans need to temper their expectations when it comes to new players coming in too. The latest news is that Arturo Vidal likely won’t be coming to United this summer and isn’t too bothered about it. Of course he isn’t! Juventus can offer Champions League football this season and are still a club of considerable size, and prestige and much are generally healthier than other Italian clubs. United fans shouldn’t be ranting and raving when the likes of desirable World Cup winners like Kroos and Khedira go elsewhere either, they want to play in the Champions League. At this point in time, Manchester United is a step down. United cannot offer Champions League football which may mean looking for players of potential and trusting the new manager to develop them into world beaters.

Van Gaal did a great job today of saying the right things, by being ambitious with a tone of caution. King Louis hasn’t just been brought in to win, he’s been brought in to blow out the cobwebs which remain of the old regime and bring Manchester back up to date on the pitch, to match the considerable headway the club are making off it.