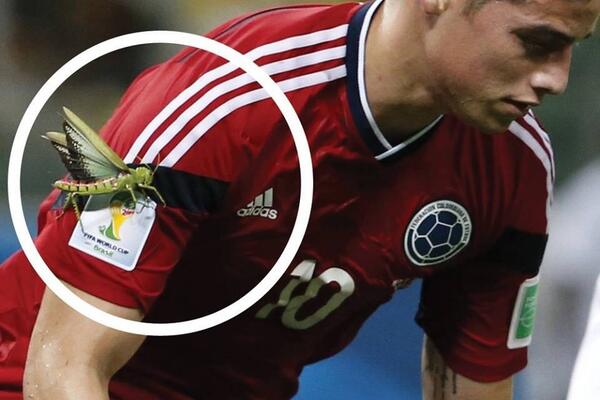 In the aftermath of Holland’s incredible penalty shootout win against Costa Rica, one article on the many football websites that populate the World Wide Web asked “Where is United’s De Jong?” Bemoaning – rightfully – that United lack a hard pressing, steely midfielder and demonstrating the value of excellent enforcer Nigel De Jong to the Dutch team, much as Mascherano has been to the underwhelming and fortunate Argentina.

There are few, if any visible candidates for this role in the current team. Darren Fletcher is capable when fit but despite featuring a few times last season his on the field attributes are currently unknown. Michael Carrick has always been a casual stroller but last season looked like a man past his best and should be concerned about the arrival of Ander Herrera. Cleverley looks like a lost lamb and United fans are praying loudly and clearly for the departure of chubby funster, Anderson.

The only remaining candidate is the dreaded Fellaini. Fellaini is not a player dreaded by the opposition of course but by his club’s own fans after a series of inept performances last season where he appeared to be unable to do anything but foul people and head the ball.

The last piece of the jigsaw stepped forward in the World Cup quarter finals on Friday night to pull out ahead of all the touted candidates in the gossip columns. The man-marking, spoiling dynamo was the grasshopper which man marked Colombia’s James Rodriguez as part of a sneaky Brazil plan to field an extra man – well Ricardo Teixeira paid a lot of money for this World Cup you know!

The grasshopper showed poise, positional sense and total commitment, so much commitment in fact that it even latched onto James Rodriguez’ arm after he dispatched a penalty. Such commitment to continue to man mark someone when there is no ball in play, Grasshopper Alberto (as he is actually called) wouldn’t be asked by Ian Wright to phone the families of dead soldiers such was the pride it showed during the match.

This was in total contrast to the bumbling high farce of Fellaini who, a day later, was given the task of man marking Lionel Messi in one of the most bizarre managerial calls in a World Cup. Fellaini looked to have the pace and poise of a doomed soldier heading over the top of the trenches at The Somme, his duty in the Belgium team looked like that of designated confused idiot and must have been a great source of frustration to his midfield partner Axl Witsel.

Purchasing of Grasshopper Alberto could be difficult though. Rumours are abound of murky third party ownership deals despite being on the books at Grasshopper Zurich. His excellent tactical display and pivotal role in Brazil’s win will also have elevated his price and his agent, Kia Joorabchian is valuing his client at around £40 million, although his short lifespan could see that negotiated down.

To those of you reading this article and thinking I’m being facetious and silly, Grasshopper Alberto is still an upgrade on most our midfielders.

P.S. That Louis Van Gaal fella, he’s not half bad is he?!