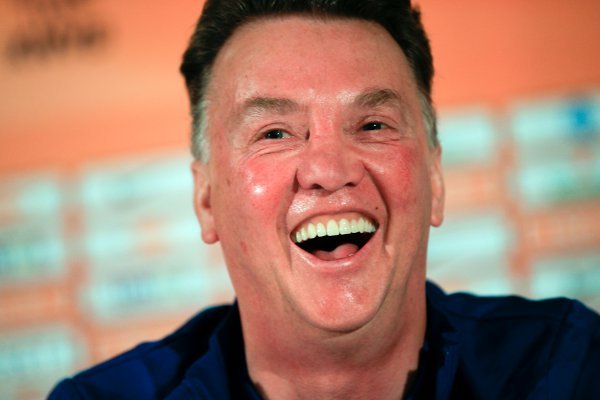 Last season was definitely one to forget, and hopefully a one off. From lacklustre and gutless performances to constant news leaks and rumblings within the squad, David Moyes was a terrible appointment from day one. Thankfully, the board acted swiftly in dismissing the incompetent Scotsman and went on to hire the Dutch equivalent of Sir Alex Ferguson, Louis Van Gaal.

With Van Gaal, we have a man with a vast record of European experience and, more importantly, success, something which Moyes never tasted. The 62-year-old has managed Ajax, Barcelona, AZ Alkmaar, and Bayern Munich, as well as leading a very successful World Cup campaign with the Netherlands. Along the way, Van Gaal amassed 4 Dutch league titles, 2 Spanish league titles, and 1 German title, as well as winning the Champions League once. This is a man with a proven track record, a man who has managed big clubs and big names.

Van Gaal is known to play expansive, attacking, and attractive football whilst promoting plenty of youth players along the way, including players like Kluivert, Seedorf, Iniesta, Xavi, and Muller. He prospers on motivating and improving young players so we can definitely look forward to the development of the likes of Januzaj, Wilson, Jones, Welbeck, Rafael, and Shaw. Although a 4-3-3 is a very preferred formation of his, this World Cup campaign has shown how tactically adaptable he is, unlike his predecessor at United. He is capable of changing the system to fit the players but always implements a main idea, ball retention and movement in lines. His teams rarely play in rigid and few lines as in a 4-4-2, but create various lines starting with 2 centre backs as the first line at the back, to the fullbacks and the defensive midfielder creating another line further forward, and so on and so forth. With many lines comes a compactness within the team that makes it harder to break and faster to hit the opposition on the counter attack.

Next season we can definitely look forward to more exciting and lively performances from the team at Old Trafford with plenty of excitement off the field as well in press conferences with Van Gaal as manager. One interesting view waiting to unfold is the conundrum surrounding a certain Wayne Rooney. With only one position available for a central striker in Van Gaal’s common formation, and that is very likely to go to Van Persie, it’s a wait and see game with Rooney and whether he’ll be happy to oblige and occupy space down the wings or finally move further back into a more central position as a midfielder. Evans is most certainly going to be a mainstay in the team, if he can avoid injuries, mainly due to his ability to move the ball out of the back and play long range accurate passes. It is common knowledge of Van Gaal’s preference for a left-footed, ball playing CB and the two footed Evans fits the bill.

Further expanding on players’ involvement under Van Gaal, we can definitely look forward to a happier and more dangerous looking Van Persie to lead the team from the front, going back to his debut season and firing on all cylinders. After a successful debut season, Januzaj will be able to massively develop under Van Gaal and slowly begin fulfilling the massive potential he contains. What the team is missing is that strong and powerful defensive midfielder to break up the opposition’s plays and look to build attacks, which is what Ed Woodward is on the lookout for. However, as can be seen by Van Gaal’s ability to adapt and still perform wonders with an average midfield with the Netherlands, the Dutchman is tactically wise enough to have back up plans. In many of his teams, the fullbacks play a very important role as they provide an extra wide outlet for the team’s attacks and an option to spread the ball to the sidelines in an attempt to open up the opposition. Thus, energy filled attacking fullbacks are needed and that’s what he has with Rafael and newly purchased Luke Shaw.

Finally, the most impressive of all aspects is Van Gaal’s adaptability in tactics and effective substitutions. With the Netherlands he has played 3 different types of styles against Spain, Australia, and Chile, whilst his effective substitutes won him the games against Australia, Chile, and a dramatic late comeback in the Round of 16 against Mexico. From an expansive and high-intensity and pressure performance against the former world champions, Spain, an ability to dig deep and fight against the odds to beat a pressing team in Australia, to the very compact and defensive performance waiting to pounce on the counter against Chile, Van Gaal has shown he is able to overcome any obstacle coming his way.

Next season is the start of a new era, and with Van Gaal in charge, we can definitely look forward to an exciting season of progress and success.