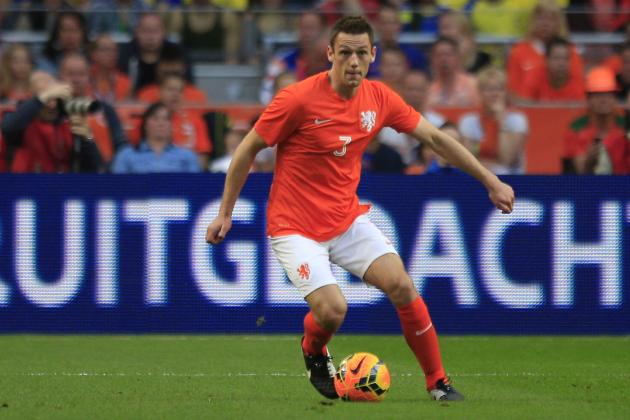 They claim the Dutch outfit are prepared for a bid from Manchester United believed to be around £7m and De Vrij will reject a move to Napoli in favour of United. Feyenoord have said the move has not moved on but Van Gaal’s side have registered interest.

A centre back or two is on Louis van Gaal’s radar after Rio Ferdinand and Nemanja Vidic both departed at the end of the season. It is a well known fact now that United want Thomas Vermaelen as well as De Vrji but neither are ‘world class’ plus in De Vrij’s case he’s not very experienced while that may be just what’s needed. Mats Hummels is still a possibility but much more unlikely.

With United supposedly having over £150m to spend already spending £60 on Ander Herrera and Luke Shaw, could Van Gaal sign Arturo Vidal for £50m and Mats Hummels for £35m then De Vrij & Depay for under £20m? It wouldn’t be easy, it wouldn’t be cheap and it doesn’t seem realistic but it’s somewhat of a possibility.