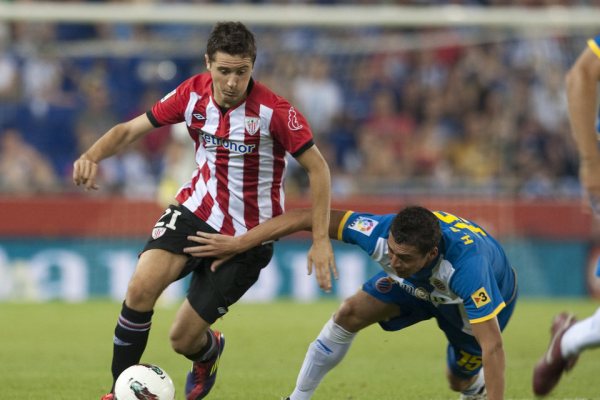 Athletic Bilbao midfielder, Ander Herrera underwent a medical in Madrid on Monday and left for England via private jet on Tuesday afternoon, where is expected to put pen to paper and join Manchester United.

Manchester United will trigger the Herrera’s transfer release clause of €36 million before July 1, making him the first signing of Louis van Gaal’s reign.

Reports in Spain claim the 24-year-old will be formally presented by the club later this week on Friday, June 27. Bilbao are not pleased with the outcome, expecting Herrera to stay since they secured Champions League football next season, something Manchester United are without as a result of management under David Moyes.

Herrera is however set to double his salary, currently at €3m per year. Van Gaal has introduces the likes of Kroos, Muller, Puyol in previous teams. Lets hope Herrera has similar impact on the world stage as those. No pressure of course.