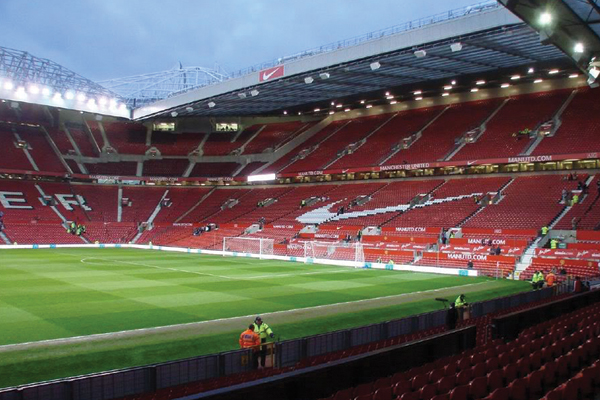 I’m thankful that this World Cup, on the field, has been so entertaining so far, off the field has been a corrupt, political vulgar affair. Back on point on though, Brazil 2014 has been a wonderful distraction from the pre-pre-season, otherwise the non-stop, 24 hour, dizzying transfer rumour mill, where fans believe as gospel every half-baked Chinese whisper that passes over the gossip columns and social media.

Hearing about Manchester United has so far been incredibly depressing. Not because we haven’t bought anybody but because everybody cannot help but gripe and moan about every piece of non-news. It seems the honeymoon period brought about by the mercy killing of David Moyes’ managerial career is well and truly over, despite the fact that his successor is still managing someone else.

Yes that’s right, our manager to be is managing Holland at the World Cup right now which I don’t know if you all heard, is kind of a big deal, right up there with the North Manchester, over 65’s Sunday League football and the Cooper’s Hill Cheese rolling and Wake in Gloucestershire. It seems many United fans are furious Louis Van Gaal has taken his eye off the ball by focusing on Holland’s bid to win their first World Cup, which began in truly stunning style on Friday night, instead of adding players to United’s transfer shortlist which are suggested by the expert denizens of social media, who spend too much time playing the divorce causing game Football Manager.

Those people were indignant with their outrage when a deal for Diego Costa (a player in a position we don’t need) was sealed with Chelsea according to Murdoch’s ludicrous sports news channel. Those same people had their hackles raised again when City signed Sagna (another player in a position where we’re covered). By the time Chelsea signed Fabregas (a player his former manager had first option on and decided he didn’t want) the United twittersphere was fit to burst! Finally though when it appeared United were cracking on with business by getting on to signing another Arsenal captain in Vermaelen rather than a sigh of relief there was more zombie like groans.

It seems nothing can please us right now unless we sign Messi, Kroos, Roy Keane, Franco Baresi and Duncan Edwards. As far as Vermaelen goes, he is, in my opinion a considerable upgrade on what we have at centre half. There are also several younger players who are worthy of another chance under a world class manager, rather than the stuttering Mr Magoo type figure which we had before.

Last season I was one of these neverending moaners, I enjoy it, it’s a great Northern pastime. This summer however, I’m a tad more relaxed. Van Gaal is not only excellent but is renowned for playing attractive football. Moreover he is of sufficient forceful personality to blow out the remaining vestiges of Ferguson’s later years, when the Unites setup became some baffling, obscure machine only workable by its mad inventor.

I think Van Gaal’s achievements and sheer entertainment value have earned him a grace period, so now maybe the time for United fans to calm down ever so slightly otherwise our heads will explode when the first ball of pre-season is kicked. Frankly I’m happy to let King Louis decide what players are brought in this summer.

And yes if Ed Woodward cocks things up again we can kidnap him, tie him up and throw him into a pit with a pack of starving, rabid, mutated mongoose then burn down Carrington.