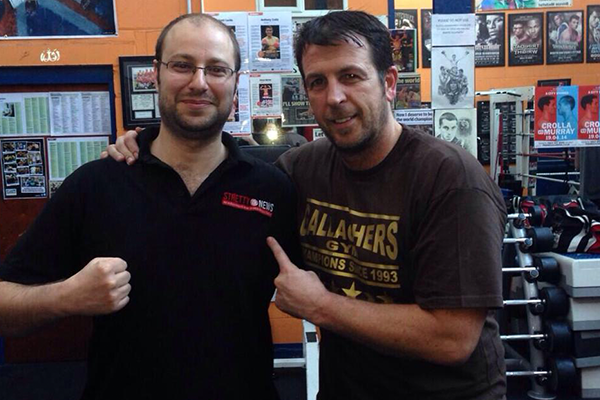 In part one of our two part interview, Jonathan Shrager interviews Joe Gallagher on his love for Manchester United.

Gallagher discusses his childhood memories in the Stretford End with gusto, the plight under David Moyes and looks forward to the future with Louis van Gaal at the helm.

For those unaware of Joe Gallagher, he was named British Boxers 2013 Coach of the Year in the UK. He is currently guiding elite British fighters such as WBA Super Bantamweight world champion Scott Quigg, fellow Red/WBO Inter-Continental Lightweight title holder Anthony Crolla and the record-breaking quartet of British championship winning Smith brothers.