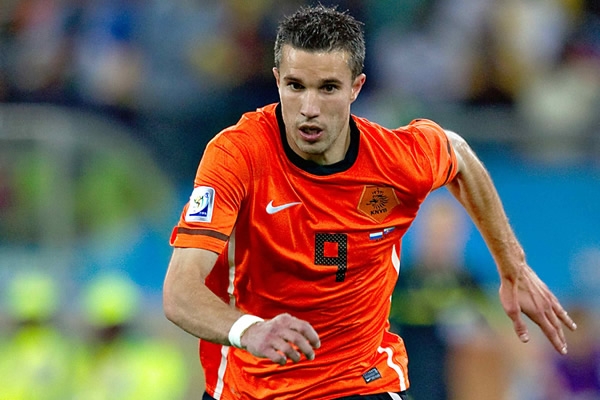 I wrote a piece about Robin van Persie about 6 months ago, around the time it seemed like the Dutchman was headed for an exit this forthcoming summer.

Van Persie’s season was injury hit but he still maintained a good goal-scoring tally, his passion was questioned (myself included) at one stage. I was pretty annoyed at him but it seems that he was frustrated under ex-manager David Moyes, and the same could be said for many players. The rumours were flying about the Dutchman’s unhappiness with his new manager and he was linked with a move away. He later committed to United saying he’d like to retire here which came as a surprise given the circumstances. Now, in June, with a World Cup less than a week away the story could not be any different.

Louis van Gaal will take charge after he leads his Dutch side in the World Cup. In the current Dutch team it could be argued that van Persie is the main man. Van Gaal recently called Robin “the perfect captain” while likewise the player showed his admiration by saying he’d “walk on fire for” Louis. The two obviously like each other and personally I cannot wait to see van Persie in action next season.

Van Persie does seem a lot happier since Moyes left. For instance, he was glowing after the last home game of the season against Hull despite it being an awful year for the club. The mood was still dull but he seemed happy, jumping around on Vidic with a huge smile across his face. At this stage no announcement was made about our next manager but I’m sure he was aware that Van Gaal was the man to replace Moyes.

My guess for next season is that Van Gaal will make Robin his main man, so don’t be surprised to see him sporting the vacant #9 shirt along with a captains armband. Now where does this leave a certain Wayne Rooney? Meh.

The captaincy might not be the only reason Rooney will be ‘angry and confused’ next season because he might not have a spot in Louis van Gaal’s starting XI. We played with a 4-4-1-1 (sometimes) when Mata arrived, he’s a number 10 ands wants to be behind the striker. I wouldn’t be surprised if Van Gaal uses a similar formation with Robin being the striker and Mata played in behind, but where does this leave Wayne?