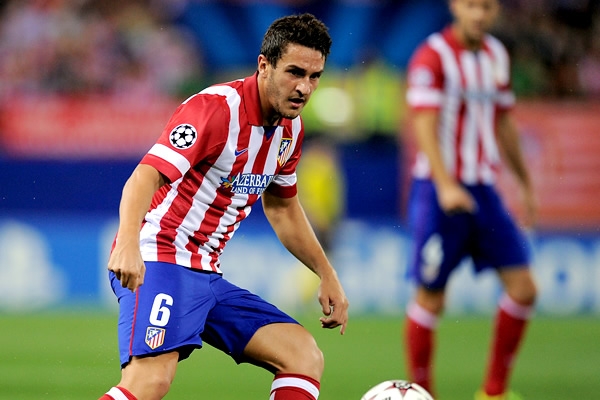 Manchester United are reportedly preparing to trigger the £48 million release clause of Atletico Madrid midfielder Koke, according to the Metro.

It’s understood new United manager Louis van Gaal is an admirer of the 22-year-old and is ready to pay the required price with Atletico unwilling to sell one of their star players, who played a huge part in the club’s first league title triumph in 18 years.

The future’s of Thibaut Courtois, Diego Costa, Tiago, Miranda and David Villa are all in doubt at the Vicente Calderon and coach Diego Simeone is unwilling to add another top performer to that list.

Indeed Koke, who has been with the club since the age of eight, insists he doesn’t want to leave his boyhood club and personal terms therefore may be a stumbling block.

The Premier League outfit are believed to be offering the Spain international a significant pay rise of up to £3m-per-season to move to Old Trafford, but even that may not prove enough.