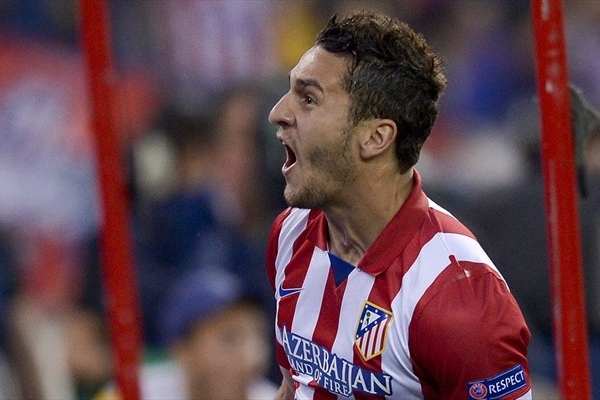 Barcelona are reportedly set to rival Manchester United for the services of Atlético Madrid’s gifted 22-year-old playmaker, Koke, but the Bluagrana would be forced to pay upwards of €60 million to activate the player’s release clause before negotiating with the Spanish international himself.

According to Barcelona-based sports daily, Mundo Deportivo, new Barcelona manager Luis Enrique has set his sights on bringing Koke to the Camp Nou in order to work under Xavi Hernandez and continue his progression towards becoming the best midfielder in Europe.

However, it’s been reported that Manchester United are willing to meet his release clause, which would force Barcelona to pay top dollar for Koke’s services, but even then, it’s unlikely that Koke would want to leave the Vicente Calderon.

“The squad has had a spectacular year and this [receiving offers] is normal. But I’m happy, this is my home and I will continue here for quite some time.”

Still, Barcelona are expect to make a valiant effort as Barcelona president, Josep Maria Bartomeu eluded to in an interview with Onda Cero Thursday evening.

“Koke is a spectacular player and I’m sure any club would want him, but I’m positive that Atletico will not want to sell him. We can not say names of transfer targets, we’d like to, but we can’t.”