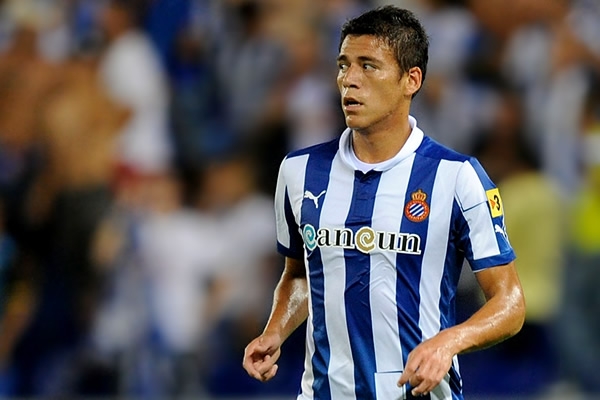 Eduardo Hernández, the agent of Espanyol centre-back Hector Moreno has announced that the 26-year-old will leave Cornella after three seasons and is hoping to play with a big club in Europe with Manchester United and Inter Milan both rumoured to be interested in the Mexican international.

In a recent interview with Fox Sports Mexico, Hernandez left no doubts about Moreno’s future, after he has been continuously linked with a move away from Barcelona since his first year at Espanyol, but now it appears that the star defender will indeed seek greener pastures.

“Moreno is leaving Espanyol. He wants to leave and we’re looking for another team in Europe.”

However, the transfer of Moreno is a different issue, as Espanyol will look to get top dollar for their prized defender, as he already has several suitors queuing up outside the door.

Inter Milan appear to be the front runners in the race for Moreno but Manchester United, who are looking to replace both Rio Ferdinand and Nemanja Vidić, could make a move for Moreno and reunite the Mexican with his former AZ Alkmaar coach, Louis Van Gaal.

What is clear, is that Moreno’s transfer will not be completed before the 2014 World Cup begins in two weeks time.