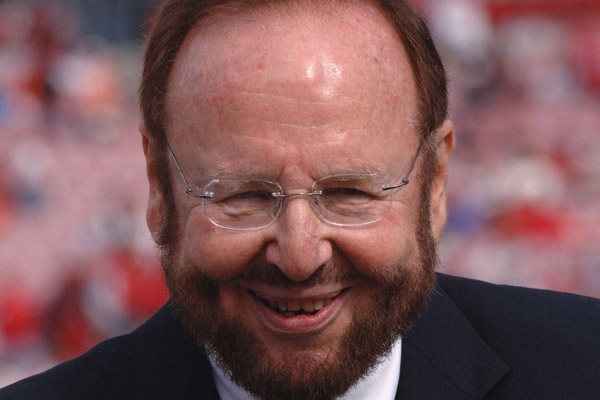 Manchester United have confirmed the death of Malcolm Glazer, who bought the club nine years ago in a debt-laden takeover.

The death was first announced on the official Tampa Bay Buccaneers website before the news surfaced through social media. Malcolm Glazer has endured health issues since undergoing a stroke in 2006 – just a year after taking over Manchester United.

United responded by saying: “The thoughts of everyone at United are with the family tonight.” It is understood that this changes nothing in terms of ownership with sons Joel and Avram Glazer positioned as co-chairmen ever since the family’s controversial arrival to English football.

Currently speaking, 10% of the club’s shares are listed on the New York Stock Exchange. The other 90% is evenly split amongst Malcolm Glazer’s family: Joel, Avram and siblings Bryan, Kevin, Edward and Darcie.

Malcolm Glazer should never have been allowed to takeover Manchester United without any regulations and it is no secret that the FA should have done something to prevent such deal from happening. The fans were pushed aside, shares were flooded by debt-laden money, ticket prices were increased and funds were leached for personal benefit.

Manchester United have opted not to mention Malcolm Glazer’s death on social media, but have however published a short statement on the official website. It read:

“The thoughts of everyone at Manchester United are with the Glazer family tonight following the news that Malcolm Glazer has passed away. He was 85.

“The news was announced earlier on the official website of the Tampa Bay Buccaneers, the NFL franchise he acquired ownership of in 1995.

“Malcolm leaves behind his wife Linda, six children and 14 grandchildren. Staff at Manchester United extend deep and sincere condolences to them all at this difficult time.”

In contrast, the Buccaneers payed tribute across social media and issued a lengthy tribute:

“The Tampa Bay Buccaneers are saddened to announce the passing of owner/president Malcolm Glazer this morning at the age of 85.

“A dynamic business leader, Glazer helped mould the Buccaneers into a model franchise and one respected league-wide. Since being purchased by Glazer in 1995, the Buccaneers franchise has earned seven play-off berths, five play-off wins, and captured its first Super Bowl championship in 2002.

Since being owned by the Glazer family, United have spent almost £700 million on interest payments and servicing the debt. There is no denying the fact it has held the club back from being a greater force.

They have seen off competition from all over the world to keep the club in their hands. Most notably, there was interest from a group of British businessmen named the Red Knights. Meanwhile when the Green & Gold campaign kicked off a £1.5 billion offer was made from the Middle East but the Glazers could not be persuaded to sell.

It remains unknown what the entirety of the family will do now with the death of their father, who never actually adopted the title of club owner at Manchester United.