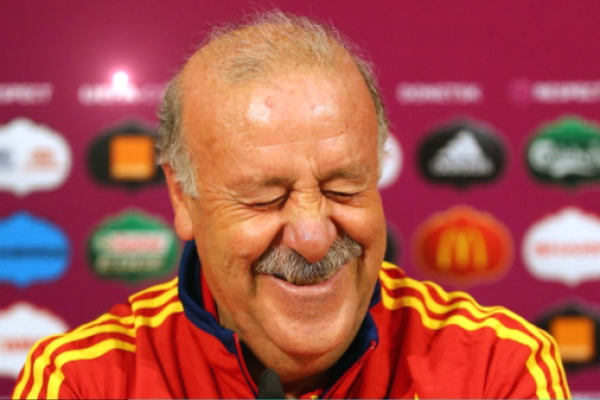 Spanish national team manager, Vicente Del Bosque reportedly turned down Manchester United’s offer to replace former manager, David Moyes, with the 63-year-old stating that his desire, out of respect, was to fulfill his recently signed contract with Spain, which expires after the Euro 2016 tournament.

According to Spanish sports daily, AS, Manchester United were prepared to offer Del Bosque €20 million over two seasons, but the club couldn’t even get far enough through the door as Del Bosque rejected their approach before even hearing their economic proposal. Manchester have since appointed Louis van Gaal.

As was the case with Inter Milan’s lucrative proposition three years ago, Del Bosque flat out refused due to his commitment to Spain and his respect to the contract he signed with the Royal Spanish Football Federation.

Del Bosque has made his position and commitment very clear, even signing a new contract upon the insistence of RFEF president, Angel Villar, when Spain were in South Africa for their friendly several months ago as an attempt to send a message to would-be suitors and rededicate his focus to the task at hand, the 2014 World Cup.

Del Bosque is likely to retire as Spanish national team manager, but his impact on Spanish football goes beyond leading the national team, but the Salamancan has become well-respected figure in Spain, working with not only adults but stimulating and encouraging growth in Spanish football from opening academies for youth players to being awarded and honoured in nearly every city in Spain.