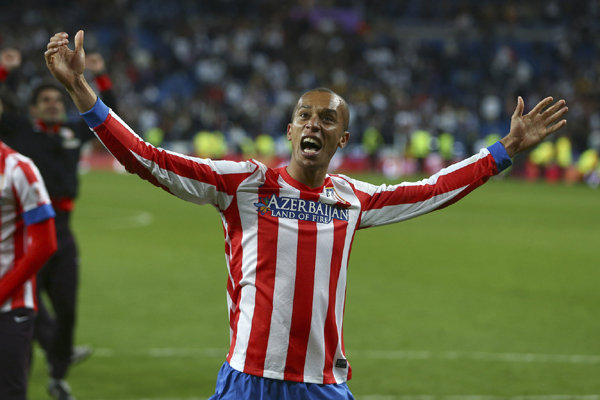 Manchester United and Barcelona are both reportedly negotiating a possible transfer for Atletico Madrid centre-back, Miranda, as both clubs are desperate to shore up their defence after undergoing trophy-less seasons.

In another report by Spanish newspaper, Sport, Barcelona’s stance varies slightly as they state that the Blaugrana are prepared to offer €10 million with an “unused” player included, which is likely to be winger Cristian Tello to sweeten the deal, as Atletico Madrid have been pursuing Tello for over a year.

Finally, Spanish sports daily, AS, is reporting that Miranda’s representatives are negotiating with Manchester United as the English Premier League side is prepared to pay the full €30 million release clause, with the report going so far as to state that Miranda is looking for a school for his children.

Atletico Madrid, for their part, have refused and will continue to refuse all offers for Miranda, up until a club activates his release clause, then it comes down to the 29-year-old to make the difficult decision over his future.

What is clear is that several, or all, of these conflicting reports are not true and that we may not have any factual information until a deal is done or the transfer window officially closes.

Update: Ian Ladyman of the Daily Mail describes the speculation “to be a load of old guff” and “another one for the cutting room floor”.