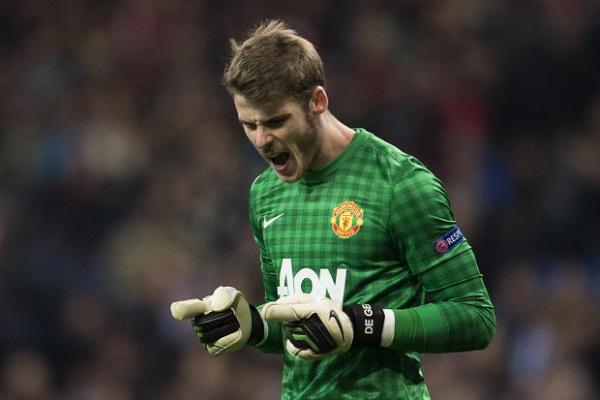 David de Gea is keen to make his full debut for Spain, ahead of this Friday’s friendly against Bolivia in Sevilla, but remains aware that he has strong competition.

Along with fellow squad member Ander Iturraspe, it was the turn of Manchester United goalkeeper David De Gea to appear before the media on Wednesday morning, with Spain preparing for Friday’s international friendly against Bolivia.

With much of the focus in the media being on whether striker Diego Costa will make it back from injury, in time for the World Cup, De Gea was asked for his thoughts.

“He’s a player with so much obvious quality, we’ll have to wait for him. I knew him for a number of years at Atléti and his game is at an impressive level. Hopefully he’ll be back to 100% ahead of the World Cup and can compete.”

As for comments circulating that Spanish players don’t have the same hunger for success, as previous years, De Gea was absolutely clear that isn’t the case, from what he’s seen of his team-mates in the squad.

“Most of these players have won everything, both with La Roja and at their clubs and it’s an enthusiasm they’re never going to lose.”

The 23-year-old could make his debut for Spain at the Sánchez-Pizjuán against Bolivia. Clearly he’s keen to earn his first cap, enjoying his work with the rest of the squad, but also aware that competing with Pepe Reina this time and Iker Casillas when the full squad is announced, he has stiff competition.

“I’m really looking forward to making my début, although I know I’m up against other great goalkeepers. I’m really enjoying this opportunity.”

Asked for thoughts about who he thinks should make the final squad of 23 for the World Cup, De Gea avoided making any suggestions.

“There’s a lot of speculation about who will be going, or not. There’s a number of players with knocks and we can only wait until the manager makes his decisions.”

Something that the young keeper is pleased to see, is the younger generation of players getting chances to prove themselves with the national team.

“We’ve all been doing well at the junior levels. We’ve always tried to emulate the sort of football that the full national team plays. It’s a good thing that young players are thrown in there and given a chance.”

Finally and asked for his thoughts on the host nation Brazil, although looking forward to the possibility of being in the squad for the World Cup, De Gea admitted he knows little about the country and with important games to play, doubts he’ll get to see much when he’s there.

“I don’t know the country too well. All we’ll really be focused on is playing football and anything else will be to one side.”