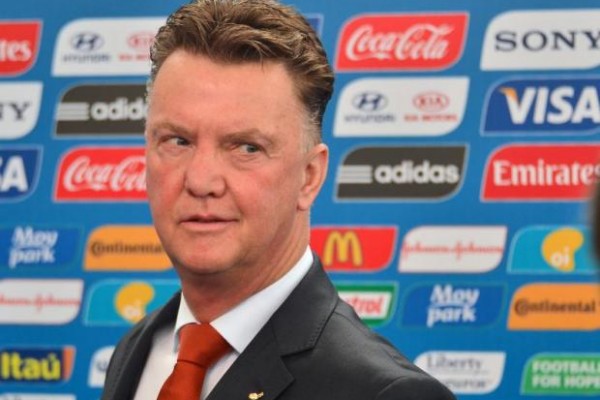 “I am who I am: confident, arrogant, dominant, honest, hard-working and innovative.” These are no mere words, there are no words uttered by a man who shirks the responsibility and grandeur that come with managing teams of the magnitude of Barcelona, Bayern Munich and Manchester United.

That was King Louis upon setting foot in Bavaria, in the knowledge that he was more than capable of excelling at a club where pressure is arguably cranked up to the highest possible notch, Bayern’s fans are as impatient and expectant as football supporters come. Yet Van Gaal appeased them by creating a blueprint that has become the standard and with it has come ceaseless success and their name engraved on silverware almost by default. The same can be associated with the modern-day Barcelona, the total, attacking football has virtually become as synonymous as Van Gaal’s brash media bravado, which will thankfully downsize the Mourinho media love-in, and about time too.

Louis Van Gaal, in his own words, ‘has nothing more to learn’. He has been there, done it, his methods have stood the test of time, his record speaks for itself.

He has upset a few people on the way, he is not afraid to ruffle feathers, stick a few noses out of joint, something which is seldom seen in an era of the precious, protected footballer. We would be well aware of this, with the consensus that the Latin originated players need an arm round the shoulder more than others, the Nani’s and the Anderson’s of this world.

But for one of Van Gaal’s old players to compare the Dutchman to one of the world’s most savage beings is surely hyperbole and evidence of a brittleness among the aforementioned band of South American players. On Van Gaal, ex-Barcelona midfielder Giovanni claims, “Van Gaal is the Hitler of the Brazilian players, is arrogant, proud and has a problem. He has no idea of football. His type is sick, he’s crazy.” As far as we are aware, Van Gaal has never taken someone’s life, a staunch disciplinarian yes, murderer no.

*South American discrimination klaxon* number 2 now. Bayern’s stalwart defender of the past Lucio apparently did not see the genius in his methods, ‘Van Gaal hurt me more than anyone else in football’. Today’s football world is inundated with the ‘don’t pick on me or I’ll tell’ type, when criticism is flung in their direction, seldom do they use the reprimand as a motivational tool, the earliest opportunity to spit the dummy out is bordering on cliche. What cannot be denied is that the players last year did not play for David Moyes, they coasted along knowing that they were not being ruled with an iron first that had dominated and scared the lives out of them for a quarter of a century. There will be no such luxury afforded with our Dutch dictator at the helm, that thing is for sure.

When Van Gaal’s managerial path collided with Zlatan Ibrahimovic, the city wasn’t big enough for the both of them, as the old adage goes. In the battle of the egos, Ibrahimovic affirmed that Van Gaal was a ‘dictator with no sense of humour’. Trying to revive past glories and delivering us back to our rightful place will be no laughing matter, especially after the nightmare of epic proportions last season. In short, Van Gaal will bring the right attitude, it’s his way or the highway, if he upsets a few, he will not care one iota, his results show that he has a method that he trusts, and at 62 years old, now is not the time to change tack just to keep a few so-called “big names” onside as the following quote emphasises: “I’m not going to change my personality just because some people want me to.”

There were widespread rumours, almost from the outset of David Moyes’ tenure that Louis Van Gaal’s next best friend was not seeing eye to eye with the Glaswegian regarding his training methods. Conjecture or substance aside, Van Persie is sure to have his tail wagging when Van Gaal’s time on national service comes to an end, especially after hearing his outlook on the training field: “Running is for animals. You need a brain and a ball for football.” This may explain the turgidity of our ‘style’ last season, with Moyes enforcing double fitness sessions, with the logic that his Everton sides always charged down the back straight like a juggernaut, due to the enhanced fitness levels. Van Gaal is a proper football man, he is Dutch, being anything else would go against his heritage, the Dutch were the pioneering ball players after all. This bodes well, the emphasis will surely be on attack, rather than bleep tests.

There was a resonating tinge of regret among some reds once Moyes was appointed, not because he was automatically deemed the wrong choice, he had our unconditional support, but because that guy Mourinho was the people’s choice and the outstanding candidate, the tailor made manager to fill Ferguson’s massive shoes. The powers that be considered him to be too much of a loose cannon, ironic how twelve months down the line and their mistake has been addressed and hopefully rectified. Van Gaal will match Mourinho stride for stride in the slagging contests and mind games, not to mention the sheer arrogance and confidence that gives Van Gaal and, in the process, us our fear factor back : “When I think I’ve made an error, it can cause me a sleepless night. But that only happens rarely.”

The comparison in the personas of the two managers could not be starker. Could you envisage Van Gaal, ‘trying’ or ‘hoping’, almost relying on Lady Luck and divine inspiration to reverse the slide? There will be no ‘aspiring to be city’ from the Dutchman, his first cavalier mention of United was to slag off a journalist Ferguson-esque for asking what he knew about United. Stupid question indeed, you’re right Louis. His next release of oxygen was to christen us the best side in the world. After the ‘hoping’ and ‘trying’, it was music to our ears.

A word of warning for any Charlie big-times at United, don’t question the man’s authority, the guy has balls.

“The coach wanted to make clear to us that he can drop any player, it was all the same to him because, as he said, he had the balls,”

“He demonstrated this literally (by dropping his trousers). I have never experienced anything like it, it was totally crazy. Luckily I didn’t see a lot, because I wasn’t in the front row.”

These were the extraordinary words of Luca Toni, another ex-Bayern player who fell victim to Van Gaal’s actions. It remains to be seen if Van Gaal’s Calvin Klein’s will be making an appearance in Old Trafford’s dressing room, hopefully he’ll be putting on a better show on the field than his off the field antics.

This just goes to show that Van Gaal is box-office, a maverick but most importantly a winner.

It’s going to be a fun ride.