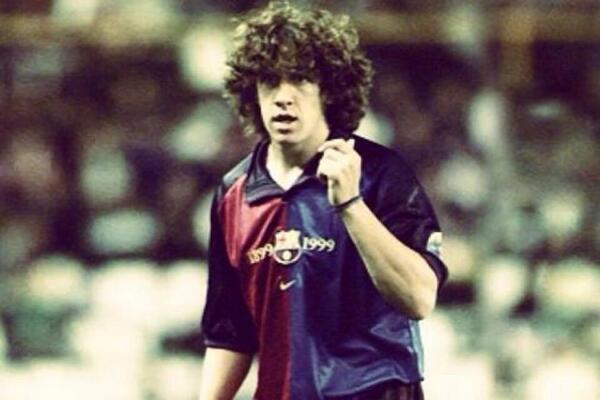 Richard Martin of the Telegraph tells the story of Louis van Gaal’s reign at Barcelona.

Louis Van Gaal’s achievements in his three and a half years at Barcelona would be heralded a roaring success at almost any other club, but his time at the Nou Camp is usually remembered as chaotic and ultimately disappointing, which says a lot about the Dutchman’s divisive nature, as well as the complexities of the club he was managing.

He won two La Liga titles, a Copa del Rey and a UEFA Super Cup with the Catalans, and handed debuts to four youngsters now recognised as some of the club’s greatest ever players: Xavi Hernández, Carles Puyol, Víctor Valdés and Andrés Iniesta.

However, Van Gaal’s dominant character lead to explosive clashes with important dressing room figures, earning him the nickname Hitler among Brazilian players. Meanwhile, a penchant for signing foreign (above all Dutch) players sat awkwardly with club traditionalists, and prompted criticism from both the president of the Catalan parliament and the Spanish prime minister. He also had numerous standoffs with the media, and famously announced the end of his first spell at he club by saying: “Friends of the press, I’m leaving. Congratulations.”

Barça first appointed Van Gaal in 1997 on the back of his feats with Ajax, no doubt seeing in him a younger version of Johan Cruyff, who had lead the club to four league titles and a first European Cup.

His first act was to make Pep Guardiola captain, breaking a long held club tradition of giving the armband to the most senior player. Boasting an embarrassment of riches in attack, including Luis Enrique, Rivaldo, Luis Figo and Sonny Anderson, Barcelona romped to a first league title in four years, spending just five of 38 weeks off the top spot, and finishing 11 points above Real Madrid. There was an unfortunate footnote for the coach, however: Real won the Champions League, while his side finished bottom of their group. Madrid’s triumph inevitably overshadowed Barça’s Copa del Rey final win over Mallorca on penalties, which made Van Gaal the first coach in 39 years to inspire the Catalans to a league and Cup double.

A second successive league title followed in 1998/1999, but so did another disappointing Champions League campaign, finishing below Bayern Munich and United in the so called Group of Death. That failure spoiled what was supposed to be a dream final at the Camp Nou in the club’s centenary year.

Van Gaal’s third and final full season with Barcelona was defined by a dramatic falling out with star man Rivaldo. The Brazilian’s ego was stoked after being named the 1999 Ballon d’Or, and felt that winning the prestigious gong entitled him to ask for a more central role in the attack instead of his usual position on the left. Van Gaal disagreed, and responded by positioning the forward somewhere else entirely: the bench. It was far from the only issue they had – the Dutchman disliked the forward’s lazy attitude to training, while the player grew tired of the many times his manager would rebuke him in front of his team-mates.

Rivaldo was not the only player with whom Van Gaal failed to see eye-to-eye. Hristo Stoichkov could not hold down a place in the team in Van Gaal’s first season in charge – the Bulgarian’s last – and took his anger out on the manager, later saying he never understood why the club had got rid of his predecessor Bobby Robson.

A habit of clashing with big personalities yet an ability to inspire youngsters seems to be a common theme in Van Gaal’s managerial career, and was certainly the case at Barcelona.

Iniesta was handed his Barca debut in Van Gaal’s ill-fated second spell at the club, the manager sacked after registering just six wins in the opening 19 games.

The Spain midfielder never forgot the gesture, and years later invited his former coach to his wedding.

Van Gaal also promoted a 20-year-old Valdés to the first team that year, and in a farewell statement released last week, the departing goalkeeper thanked his first manager “for showing the courage necessary to gamble on a talent that only he could see”.

The Dutchman appeared in a farewell video made in honour of Puyol screened at the defender’s final press conference, and Barcelona’s most successful captain gave an honest yet complimentary appraisal of the coach.

“He is very demanding but the most important quality that he has in my opinion is that he is always straight and very honest. I value that,” he said.

“He might say something you don’t like, but if you work hard, he will always give you an opportunity.”

Xavi, another beneficiary of the coach’s bold embrace of young players, adds: “At times, he was too demanding, so that it could become counter productive, but he was a great coach, professional, hard-working, honest and always straight with people. If at times he lacked a bit of tact, that was part of his all-round character.”

There was certainly no room for subtleties in Van Gaal’s farewell message to the club in 2000, when he rescinded his contract a year early to follow club president Josep Lluís Nuñez out the door.

“Barcelona is nowhere near as important a club as everyone here thinks it is,” he said.

“You have not won much. I won more in six years at Ajax than Barcelona have won in a hundred.”

Unsurprisingly, that statement did not go down well at the club, and his disastrous second tenure hardly helped Van Gaal’s repuation in Catalonia.

However, the Dutchman’s lasting impact on the club became to be appreciated after Pep Guardiola conquered the world with a team based on academy products, playing the same brand of football Van Gaal always aspired to.

Although lambasted at the time for not having enough Catalans in his team, Van Gaal took immense pride in promoting academy players, and once remarked that his ultimate dream was to win the Champions League with a team consisting entirely of La Masia graduates. The furthest he got in Europe’s top competition with the club was the semi-finals in 2000, but his other grand vision was later realised by Tito Vilanova, who fielded 11 academy players in a 4-0 win at Levante. Four of those players – Valdés, Puyol, Xavi and Iniesta – owe their Barcelona careers to Van Gaal.