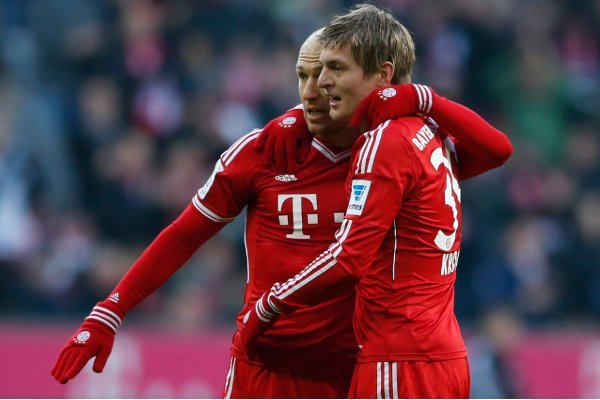 I am sure you have all come across the Toni Kroos speculation this week. It spread like wildfire throughout media outlets and social networks. Then, all of a sudden, it was swept under the carpet with no other reason but Louis van Gaal not being interested in pursuing the deal any further.

It began at ESPN with Miguel Delaney, who wrote the story on Monday and had it published a day later. It was titled ‘United confident of Kroos deal‘ and said “Manchester United believe they have made significant advancements in their pursuit of Bayern Munich’s Toni Kroos.”

The next day a story from the Daily Mail popped up: “Manchester United have agreed a deal to sign Bayern Munich midfielder Toni Kroos and are set to make a stunning move for his team-mate Arjen Robben. A £20million deal for Kroos was agreed when David Moyes was still in charge at Old Trafford and his successor, former Bayern coach Louis van Gaal, has said the move can go ahead.”

Chris Wheeler, the journalist in question, was alleged to have used the ESPN piece as a lead, although Delaney’s article 1) never said a deal had been agreed or 2) never had a figure, whereas the Daily Mail were specific with theirs. To put it bluntly, they had similar information but from different sources. That is a blatant observation but I find it amazing – not surprising – that so many people think these journalist lie/spoof to sell their stories to papers.

Before going any further, transfers are complicated business nowadays. You have multiple parties involved in negotiations and they are all looking at the situation from their own beneficial perspective.

This confuses a lot of people. They do not understand that these deals may run into complications at some point. In fact, most do, and it may end up meaning a transfer falls through. Who gets stick across social media as a result? Not the club nor the player, well not often, but usually the journalist that puts together information because it is of public interest.

These same people are the first to ask journalists whether club A will be signing player B. Twitter can be strange place at times and those anonymous in-the-know (ITK) accounts do not mix well with idiocy. In fact, they’re idiotic enough as it is.

I would recommend reading a piece published on Andy Mitten’s PlayUp (well worth a few pound) subscription from Thursday night. It goes into detail about how football clubs brief the press and how United need to be careful about their methods in doing so. That can also be a risky business.