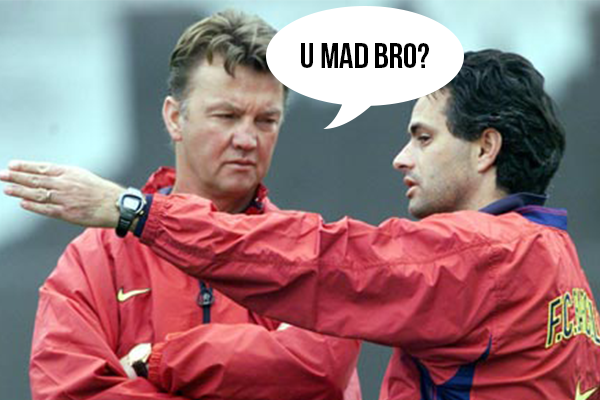 This season has been one to forget. The appointment of David Moyes brought real struggle to United, Liverpool challenged for the title and a racist won Player of the Year. It has also ended with Richard Scudamore, the Premier League chief executive, facing no disciplinary action after sending derogatory emails of a sexual nature.

Anna-Louise Adams has petitioned against Richard Scudamore ever since his emails became something of public interest. The news that he would avoid the sack has made more mockery out of the governing bodies in our game but it does not come as much of a surprise when you consider their dealings with other important issues. If you feel strong enough about it, Anna-Louise has set up another petition asking for Scudamore’s resignation.

Back to Old Trafford, it has been confirmed that Ryan Giggs will take the role of assistant manager under Louis van Gaal. What we remain unsure about is the future of Phil Neville, Paul Scholes and Nicky Butt. On the other hand, Chris Woods has already been replaced by goalkeeper specialist Franks Hoek despite impressing at Carrington since arriving alongside David Moyes.

Speaking to the talkSPORT, P.Neville said:

“It’s been a disaster really. The results and our home form has probably cost us. To lose that many games at home, Old Trafford has been a fortress [in the past] and it’s not been this season.

“It was obviously going to be a massive transition after Sir Alex Ferguson’s tenure and it’s just not worked out right.

“There is no-one more disappointed than me. David Moyes brought me in and he’s lost his job now. I managed to stay on and now with a new manager coming in we’ve got to make sure that United are back to challenging for league titles again.”

A disaster it has been. Moyes taking over a side of champions, signing Everton and Chelsea’s best players from the previous season but still failing to secure a place within the top four. A manager of van Gaal’s ilk will not allow the nonsense we became subject to under Moyes. For instance and purely for the sake of being positive, LVG is proactive whereas the sacked one was reactive.

There is already huge contrast as to how they approach managing a club of Manchester United’s stature. In 2013, Moyes spoke about whether it was appropriate to wear a pair of jeans while visiting Sir Alex Ferguson. Tonight one of van Gaal’s first lines boldly declared that United will make history during his reign. Another difference is that Moyes was never great manager. Our new man was and still is.

In regards to Phil Neville, I’d like to see as many of *that* class remain at the club in some capacity. Scholes, Butt and himself have not yet been told anything about their futures which does not fill me or probably themselves with much confidence.

“It’s that period now where we’re waiting for the next manager to be named and then our positions will become more apparent,” he told talkSPORT.

“There is nothing to report.

“I was asked when David Moyes was sacked to carry on for four more games with Ryan as interim manager and they would let me know my future at the end of the season so hopefully over the next week to 10 days we will know.”

Meanwhile, van Gaal spoke to Dutch TV on Monday night. He elaborated on bringing Manchester United back to the top of English football. That would, of course, mean surpassing Jose Mourinho’s Chelsea who finished third this season behind Liverpool and City. The 62-year old had Mourinho as his assistant at Barcelona and they have been close ever since.

“The aim is to bring them back to the No. 1 position as soon as possible, because that’s where they were under Sir Alex Ferguson.

“We don’t talk about money. We talk about the players I want. We’ll have to see if we can get them. We also talked about who can go.

Mourinho jealous? Never… If you read Red Issue, you will know exactly what went on after Ferguson’s retirement. Reports that claim he was not upset are, well, totally fucking untrue. However, on a serious note, with Mourinho available what were we doing appointing Moyes? Whatever about the special one being brown nosed at every Manchester United related opportunity and crying when things don’t go his way, Fergie or whoever made the decision last summer has a lot to answer for. That’s just the reality of it but I’m thrilled with van Gaal. He talks the talk and can walk the walk.

“I’ll undoubtably have a drink with Ferguson. We have done that before. We like each other.

“I didn’t call Manchester United. I didn’t call Bayern Munich. They have always called me and I am proud of that.”

For a lot of the interview, van Gaal spoke about himself in third person. He does that a lot and being the confident character that he is, Ferguson attending games next season will not bother him one bit.

“I don’t think he is the biggest problem. I put more pressure on myself than others do.

“It will be a very difficult job [to win the Premier League], but a fantastic challenge. Generally, I do everything myself. I just have a few friends who are specialists.”

I cannot wait for life under Louis van Gaal to begin. Hopefully Ed Woodward will be able to bring in the players the new boss wants and United find a system that accommodates them to play attractive and free flowing football. Old Trafford will return to being a fortress very, very soon.