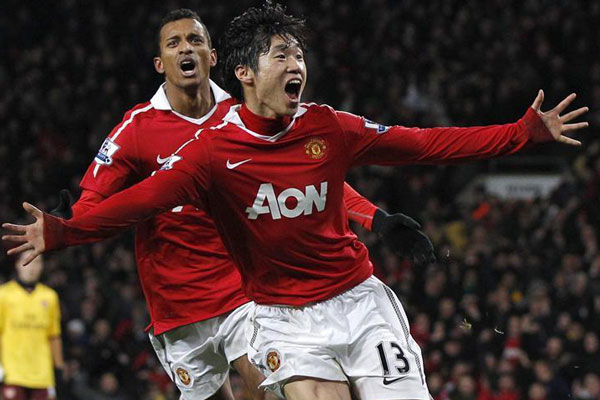 Reports from South Korea suggest Manchester United have offered Park Ji-Sung a role to become a global ambassador at the club.

Park Ji-Sung spent 7 seasons at Old Trafford and made a total of 205 (st:146, sb:59) appearances. In his international career, Park put his name to 100 caps for South Korea, captaining his country on many occasions.

Currently unemployed, United have already approached the South Korean with an offer to join the club once more but in a totally different capacity. Other ambassadors include legends such as Sir Bobby Charlton, Bryan Robson, Peter Schmeichel, Gary Neville, Denis Irwin and Andy Cole.

According to Arirang News (see video below), Park reacted positively to the proposal but has yet to reply formally to the job opportunity.