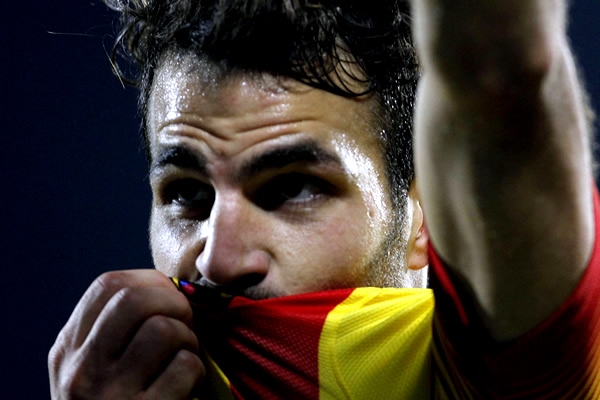 According to Marca in Spain, Barcelona are open to offers for Cesc Fabregas. Meanwhile Stretty News understands that the player does not necessarily want leave the capital of Catalonia.

Manchester United showed utter incompetence last summer in their attempts to sign Fabregas. Ed Woodward received his share of stick following some petty bids that were unsurprisingly rejected by the La Liga giants. However with Luis Enrique looking most likely to takeover as Barcelona manager, new transfer plans will be decided but Fabregas does not seem an integral part of the club’s plans for the future, and in other words is not unsellable.

Barcelona are willing to sell some big names this summer to make way for potential signings. Former United youth graduate Paul Pogba is amongst the names they have shown interest in. On the other hand, players such as Mascherano, Song, Pedro, Alexis, Tello and Alves are believed to be up for sale also.

United are not the only club looking at a summer of change. Barcelona to a lesser extent suffered a trophy-less season but finished runners-up in La Liga behind Atletico Madrid. It should make an interesting transfer market for both clubs who look to make a difference next season.