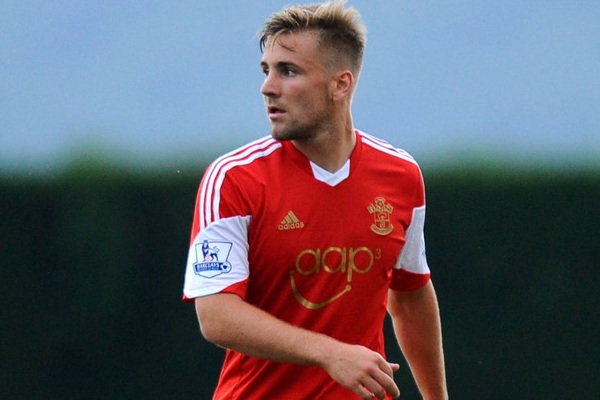 SN asked Southampton fan Ben of GoMarchingIn.co.uk to tell us what it means to see Luke Shaw linked with a move to Manchester United.

If the latest rumours are to be believed then on the final day of the season and on the eve of Roy Hodgson announcing his England squad for the World Cup, Manchester United tabled an offer for Southampton’s exciting young left back Luke Shaw. A bid that is rumoured to be in the region of £27 million pounds.

For Southampton fans it represents the start of what could become a very long summer. The vultures are beginning to circle, but Saints are certainly no carcass… not yet, anyway. Manager Mauricio Pochettino has a year left on his contract but has been heavily linked with the Tottenham job. Talks to extend his time with Southampton are under way this week, but I feel that failure to secure his services will put us in a much weaker position to keep hold of our best players.

Shaw’s impressive rise in such a relatively short amount of time leaves me feeling disappointed that this could be yet another player that doesn’t reach his peak in a Southampton shirt. Developing your own players is hugely rewarding – something United fans know well – but it is hugely frustrating when those players make it to the first team only to be sold after just 1 season.

There will always be a risk that you can lose your promising young players to other clubs, but now that Southampton have reclaimed their Premier League status other teams will have fewer incentives to tempt away our best players. With a proven track record of giving youth a chance, players like Luke Shaw can nail down regular first team football with Southampton in the Premier League where other young talent may not have the same opportunities, or may face massive competition from much bigger squads.

European football is an incentive that Southampton cannot offer their players yet. Manchester United cannot either, but with a big summer ahead they’ll be looking to put that right next season at the first time of asking. Another thing that could work in United’s favour here is that current first choice left back Patrice Evra is out of contract this summer, which would provide Shaw with little competition in his position.

It’s easy to see why Shaw is attracting lots of interest. At just 18 years of age he possesses a calmness on the pitch beyond his years – probably largely down to the pace he can call upon to get him out of trouble or back in position. Strong for his size and comfortable playing higher up the pitch he loves to burst forward, whether that be down the line or cutting inside. I have no doubt he has the potential to one day play at the highest levels of the game.

Personally, I would be gutted to see him go. At the same time, unless an absurd amount of money is offered to Southampton I cannot see any decision being made until after the World Cup. That just doesn’t make any sense to me.

However, every player has a price and there comes a time when you have to think about how the money you would make from a big sale could benefit the rest of the squad. But if he was to leave this would just be another product from our wonderful academy that unfortunately reached his potential elsewhere.