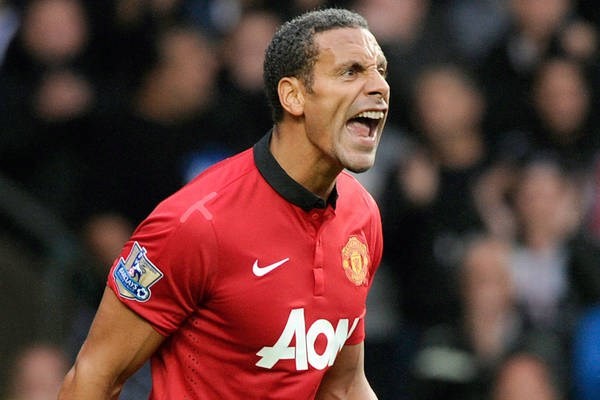 Dash aside his awkward, flashy and somewhat idiotic sense of fashion – it is my deepest sorrow this evening to read Rio Ferdinand and Manchester United will part ways after 12 years at the club. Over 450 appearances for the reds during his illustrious career, Ferdinand announced on his official website of the decision.

“I have thought long and hard over the last few months about my future and, after 12 fantastic years playing for what I regard as the best club in the world, I have decided the time is right for me to move on,” said Ferdinand.

Over a decade ago, Ferdinand joined Manchester United in search of trophies, and he leaves Old Trafford with a handful of winners medals and more. And while Ferdinand did not receive a send off like the magnitude of Nemanja Vidic, who is leaving for Inter Milan, it is fair to say he’s said his peace.

The longstanding centre half duo of Vidic and Ferdinand is no more, with Jonny Evans, Chris Smalling and Phil Jones awaiting amongst those already within the squad. As United enters what appears to be a busy summer with it being a World Cup year and a managerial switch, it would appear Ferdinand is leaving at the correct time – and better yet, somewhat on his own terms.

Understandably so, Rio may see his critics with a bit of self-promotion of his 5 caps and what not. However, he was a proper footballer and while circumstances did not allow for him to say goodbye, this will not be the end for the towering defender.

As famously stated, the less supporters, managers and players alike hear from a manager, it only means he is doing his job properly. Outside of football, Ferdinand seemed to be all over with quite a few heated conversations over Twitter, but that was who Rio was. An outspoken gentleman determined to uphold the integrity of his name, his family and most of all, his beloved club.

Manchester United now enter the summer in a midst of unknown as was last summer. Then again, with Louis van Gaal waiting at the doorstep it seems, his first task is to replace Ferdinand – the man, who during his 12 years at the club, would not be moved.