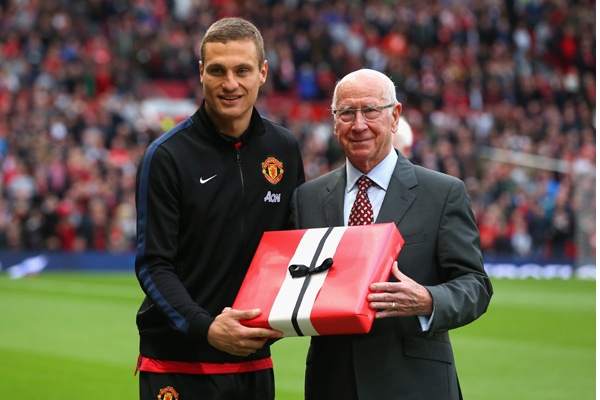 The end of season award night usually involves celebration of silverware at Manchester United but this year it was different. Despite the club not winning a single major trophy, spirits at the event remained high as interim manager and player Ryan Giggs received a Lifetime Achievement Award presented by Sir Bobby Charlton.

It began with Academy Player of the Year which was collected by James Wilson, who scored two goals in his debut against Hull City on Tuesday night. This season alone, Wilson has scored for the U18, U19, U21 and now the first team squad.

Reserve Player of The Year went to Saidy Janko. The Swiss right back has been consistent down that right-hand side for the U21s and fully deserved the award.

Well done to Saidy Janko – the Denzil Haroun Reserve Team Player of the Year, as voted for by supporters. #MUFCPOTY pic.twitter.com/czD0f8CYnu — Manchester United (@ManUtd) May 8, 2014

Congratulations to @D_DeGea on being named the #mufc Players’ Player of the Year for 2013/14. #MUFCPOTY pic.twitter.com/txa3RPUWhw

Last but not least came a Lifetime Achievement Award. Sir Bobby Charlton presented the special honour to Ryan Giggs after 25 years of service at the club. Giggs has yet to decide whether he will play on next year or focus on coaching.

Tonight’s final prize has been presented and it’s a special one: the #mufc Lifetime Achievement Award for Ryan Giggs. pic.twitter.com/63WOt099hP