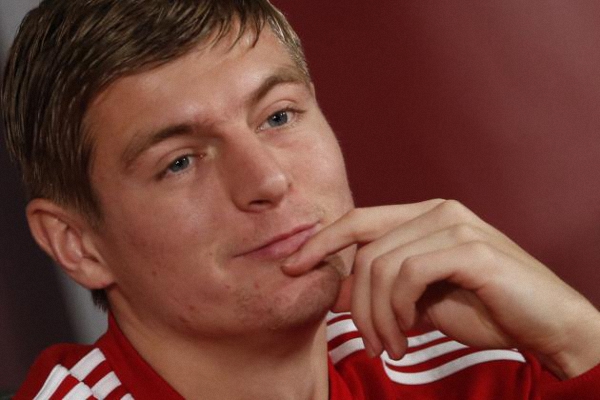 It’s been a difficult season, in fact our worst since the Premier League era began. We all wanted to fall in love with the David Moyes story. Taking the helm from the greatest manager of all time was never going to be easy but the job was always going to be too big for him. The results, the performances, the press conferences, the players; it all went pear shaped.

Now we head into the summer without a manager; Ryan Giggs is taking charge for now at least. It seems very likely that Van Gaal will be the one to take charge. Whoever is in charge it promises to be a massive summer. We have been bombarded with rumours of transfers such as Luke Shaw apparently being a done deal.

Now everyone is entitled to their opinion and I will be giving mine as to what should happen this summer.

Outs: We have a lot of players that will be or at least should be leaving this summer. Vidic already confirmed as leaving with the possibility of losing Evra and Ferdinand getting more likely each week. Anderson too, hopefully.

1: Anders Lindegaard: To start I think we should sell Lindegaard. Now don’t get me wrong he’s a good goalkeeper but that’s the problem, he’s too good to be sitting on our bench each week. He could be a #1 and do really well elsewhere. I’d like to see the next manager promote Amos or Johnstone as our #2 instead.

2: Patrice Evra: I’ve lost my patience with Evra this year. He talks the talk, but no longer walks the walk consistently. The French left back has cost us so many points with his shoddy defending. A perfect example is when he scored a fantastic goal to put us one up against Bayern and then he was arguably at fault for all 3 goals that followed at the opposite end. Sadly, it’s time for him to go.

3: Ashley Young: Has never been good enough for United. The less said the better.

4: Tom Cleverley: Everyone wants the lad to be a success. A somehow local lad coming through the ranks into the first team makes a perfect story. This season’s been by far his worse and in my opinion he’s never going to be good enough.

5: Nani: On his day a fantastic player, off his day one of the most frustrating. Inconsistent.

6: Chichairto: I don’t want Hernandez to leave, but he has expressed frustration at lack of game time he’s been getting the past two seasons. United have also been heavily linked with Cavani so it would seems one or two of our front men will be moved on.

1: Luke Shaw A lot of reports have linked United to the youngster and some even reporting the deal is done. The reported £30m price tag seems a lot for a 18 year-old left back but he’ll prove to be a world class player and could be a regular for over a decade.

2: Toni Kroos: Again United have been linked with him all year but a deal seems unlikely, not impossible. Exactly the kind of player we need in our midfield. The Glazers will not want to be made aware of his huge price tag and wages. Fuck them, mind.

4: Marco Reus/Antoine Griezmann: I am a huge fan of both players and if Nani & Young were to leave as I suggested, one of these would be a perfect replacement. Both are pacey, tricky wingers that would fit perfectly into our squad.