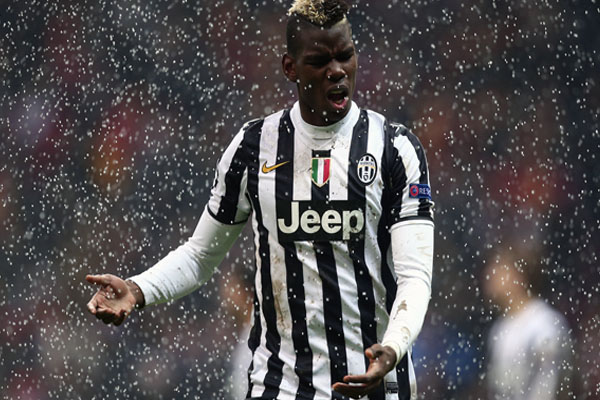 Paul Pogba has accused Manchester United of “disrespect”, claiming he was made to train alone during the contract dispute that preceded his move to Serie A giants Juventus.

The 21-year-old left United in July 2012 after failing to agree terms on a new contract.

“They left me out because they said I wanted to leave. That is disrespect,” Pogba told BBC.

“Maybe they didn’t think if they were making a mistake.”

Wake up, you draft shit. Pogba and his agent held Manchester United at ransom. All young players are expected to have a degree of patience before demanding playing time. His attitude was a disgrace and Sir Alex Ferguson was not going to see himself pushed around, no matter how good the player was.

It annoys me when Pogba bangs this drum. He does it far too regularly for my likely. Enjoy your football, continue your development and button it.