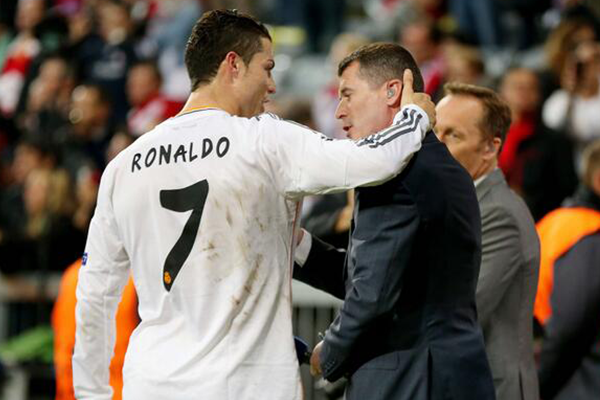 The tie concluded with a 5-0 scoreline on aggregate in favour of the La Liga giants. Ronaldo scored his 16th Champions League goal of the season as Carlo Ancelotti’s side secured their place in the final.

Keane, who was working as a pundit for ITV, gave his former teammate a congratulatory hug.

Interesting stat: It will be the first Champions League final in seven years that has not involved either Manchester United or Bayern Munich. Also, while we’re at it, next season will see the first in 20 years without any involved at Old Trafford.