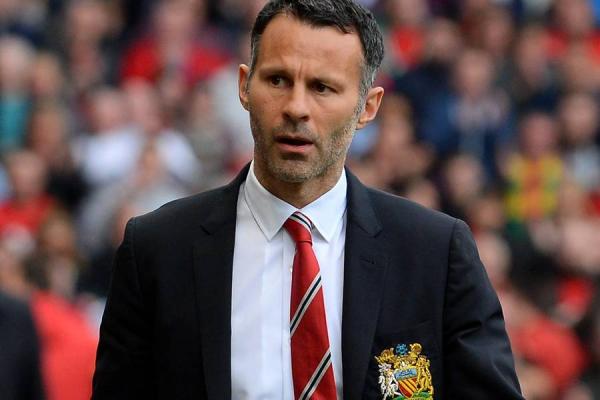 Ryan Giggs stepped foot on the Old Trafford pitch for the first time on Saturday; as a manager. Interim manager with the heart and chest-hair mane of a lion continued his long standing career with Manchester United against Norwich City on Saturday in hopes of lifting the Manchester crowd. Questions arose immediately with the exclusion of Adnan Januzaj, Marouane Fellaini and Juan Mata; however, it’s now Giggs’ responsibility to aid in the restoration of United’s brand of football.

The visible uplift of Old Trafford rung throughout, translating quickly to the reds’ play on the pitch against the Canaries. With “The Chosen One” banner now removed, the hero from the ’99 FA Cup Final worked his managerial magic.

Though we must admit, it was a bit disheartening to see him enter the technical area freshly shaven and in his suit. Giggsy lad, come on – we’ve all been buzzing this past week for a tracksuit in hopes of Giggs to insert himself into the match.

Norwich did enter the first half making it quite difficult for Ryan Giggs’ Manchester United to find the breakthrough. As Giggs has four games to make an impression, the Stretford End was immediately roaring “Ryan Giggs, Ryan Giggs, running down the wing.” But this time, Antonio Valencia and Shinji Kagawa began to work the flanks, albeit at a far slower rate than Giggs during his prime.

Neil Adams’ side began the day one point over the relegation zone and the defensive unit of Whittaker, Martin, Turner and Olsson worked diligently to thwart any potential United attacks.

United’s first chance  came in the 14th minute, following a poor clearance from the Canaries where Welbeck fired mightily at Ruddy. And despite Rooney’s few delicious services into the area, United were far to narrow with the attack. Giggs’ newly acquired squad were too content with possession, rather than dictating matters.

Despite the match remaining level, the mood throughout Old Trafford was clearly a breath of fresh air. Though nostalgia rang true as Vidic and Ferdinand held matters tight in the centre of defense, there was an extra pep in United’s step. The entirety of the squad were working more as a unit; however, with the lack of urgency getting forward as it was clear Danny Welbeck, Wayne Rooney, Tom Cleverley and Valencia were held by the content Canaries awaiting the potential onslaught.

Welbeck’s start against Norwich City was only his second in the previous 13 matches since the signing of Juan Mata. The England international recently brought into question his future with United, especially after his bright start to the Premier League campaign, featuring in 6-of-10 when Robin van Persie was out with injury.

And just as the match began to settle into a lull period, Welbeck was taken down in the box. As Giggs was urging his players forward and indicating to Valencia to get a bit of chalk on his boots, United were rewarded a penalty in the 40th minute. A definite foul, Rooney stepped up to the spot and tidily put the reds ahead 1-0 at the half.

Rooney made sure the second half began with a bang with a perfectly placed strike in the 48th minute. Norwich’s two centre backs looked around as to whom would close Rooney, who as he slipped, tucked in a curler far post to extend United’s lead to 2-0.

With his second goal of the match, Rooney and company quickly pressed for their third. Poor clearances and a resurgent United squad made matters difficult for Norwich. Redmond, Turner and Olsson were not able to keep up with the high tempo and imagination of Manchester United, but Ruddy played quite well on his line.

Welbeck laced a half-volley in the 54th minute only to be brilliantly saved and parried into the Stretford End. Chance after chance United’s entire squad urged themselves into advanced positions and looked as if United would score at will.

While the season has certainly been deemed as ill-fated, David de Gea continued to be one of the brighter spots in the squad. The effort and command of his penalty area is nothing short of spectacular.

The creativity was astounding, if only the league began now. Then, 63 minutes in, Rooney worked another curler, which was saved by Ruddy, but only parried as far away as the corner. Norwich however, was far to slow to react and after a great ball in by Jones into the six yard box, Mata worked his way and converted only moments after replacing Welbeck.

United’s confidence was quite high – and so were Manchester United’s hopes of notching goals at will. Evra thrust himself down the flank and just after the 71st minute, United were up 4-0 courtesy of a tidy header from Mata following a subsequent cross from Evra that found Valencia streaking back post

Boy, Hernandez would have loved that one.

At the end of the match, Manchester United 4 Norwich City 0. It’s a match where yes, Manchester United should have won handily, but if asked a month ago if this would be a “cake walk,” I’d imagine very few would predict this scoreline. The tempo drastically changed in the second half, United frustrated the defense of Norwich and rightly so.

And then we have it: Giggs has a 100% record in charge of Manchester United. Pending three more wins to round out the season, it may be increasingly difficult for the Manchester United front office in choosing the next gaffer.