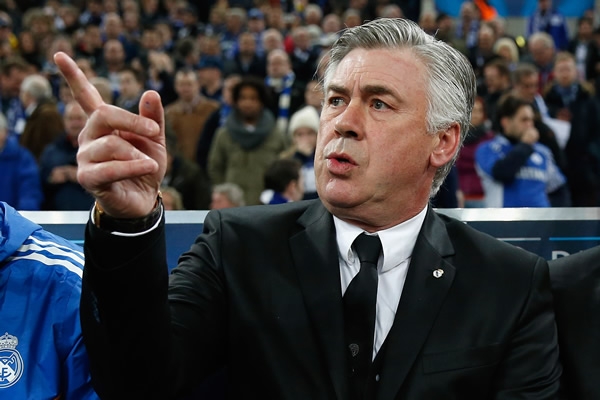 Real Madrid manager Carlo Ancelotti has laughed off suggestions he could take over the reign at Manchester United after Tuesday’s sacking of David Moyes.

The Italian, aged 54, has been placed among the favourites for the job, although Stretty News understands Louis van Gaal is still a lot more likely.

“I’m really happy here,” said the ex-Chelsea boss, who is only in the Real Madrid job since last summer. “I’m lucky to work at the best team in the world.

“I respect Man Utd a lot. I was disappointed for David Moyes, but my place at the moment is here.”

Real Madrid are currently six points behind La Liga leaders Atletico, albeit with a game in hand. The race for the Spanish title is currently a three horse race with Barcelona.