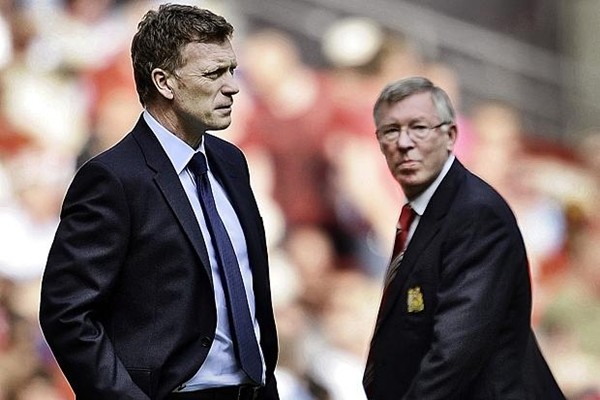 After over 25 years at the very top, he decided to walk away. Leaving whilst at the very peak seemed the logical choice, especially given that whoever replaced him was inheriting a team of people destined to continue their success.

This story can relate to two of the biggest names we have ever seen: Sir Alex Ferguson and Bill Gates.

Ferguson walked away from Manchester United in May last year leaving them as Premier League champions, and a tenure at the club that saw him regarded as one of the greatest managers of all-time.

Gates left his job as CEO at Microsoft in January 2000 having founded the company that changed how we live. He walked away leaving them worth over $500bn, and a tenure at the company that saw him regarded as one of the greatest inventors of all-time.

Unfortunately, for us United fans, that’s where the similarity ends. For when Gates stood down, his successor was selected by a vote from the Board of Directors, rather than Gates himself. And as we all know, Ferguson cherry-picked David Moyes from day one.

When football clubs are run more and more like businesses, how come the corporate structure remains left back in the 1950s? On the day that Sir Alex announced his decision to retire, Manchester United Football Club were valued at $3.165bn – a value higher than the gross domestic product of 42 countries.

When there’s that kind of money involved, a fully-considered, well-thought-out decision has to be made on who succeeds the man at the top. When Gates left Microsoft, the eleven members of the Board drew up a three-man shortlist for the job, all of whom were already long-term Microsoft employees.

Those long-term employees went through a stringent interview process, before 20-year employee and President of Microsoft, Steve Ballmer, was unveiled as the eventual successor. Although his leadership was questionable during his own decade in charge, the company consistently remained one of the wealthiest in the world.

Now compare that to the selection choice for Manchester United. Ferguson selected Moyes as his successor, approached the Board with his choice for his replacement, and the Board approved it without a question. I mean, Fergie’s never made a bad decision, right? Right?

In walks an outsider at the start of the season – a man who has never managed a major club (no offence Everton), a man who has never managed in the Champions League, a man who never spent more than £15m on a transfer. Not only that, but he brings with him coaches and members of staff who were in exactly the same boat. It either needed a lot of work to bring them all up to speed on how to successfully manage a world-class club, or it needed a different individual. And as we discovered Tuesday, time was up for Moyes.

Football is an archaic game, certainly when it comes to leadership. Rack your brain and come up with one successful manager who was promoted from within his own club – it’s a tough ask.

At this moment in time, the 20 Premier League clubs boast just three – Tottenham’s Tim Sherwood, Swansea’s Garry Monk, and newly-appointed Neil Adams at Norwich. We could throw Giggsy into the mix, but given he’s not even stood on the touchline yet, he doesn’t necessarily count.

But then compare it. Of the 20 highest value companies listed on the FTSE 100, 16 had promoted Chief Executives internally. Of those 16, not a single company has left the top 20 since the new CEO took over, further proof that internal appointments leads to greater stability, a greater understanding of the company, and greater growth. So why hasn’t football adopted it?

The monumental cash that is pumped into each club by the fiscal monster that is the Premier League doesn’t help. Nor does the ‘do-or-die’ mentality adopted by foreign ownership. Yet it’s telling that of the five managers that have won the Premier League in its 21-year history, only one has done so within his first three years as boss.

So why don’t the FA step in and try and help promote young managerial talent? Ensure that with every managerial opening, at least one interviewed candidate is internal. Only allow homegrown managers to take over reserve squads and the under-21 sides. Bring thorough the managerial talent alongside the playing talent.

David Moyes proved to be the wrong man – his head bobbed above the water until he couldn’t float any more. Appointing Giggsy until the end of the season will bring the ‘United mentality’ back, and will give the players someone to work with to begin the rebuilding process again. But will the club look within their own ranks come the summer? An ex-player, perhaps? Of course not – we now need a proven winner to correct the mistakes already made this season. Klopp, Van Gaal and Simeone seem to be at the forefront of every conversation, but what could have happened had things been different last summer? If Fergie had chosen his successor from his backroom staff?

Had that move been taken last summer, or had the club even approached Moyes a year before he took the reins, it could’ve been a completely different story.