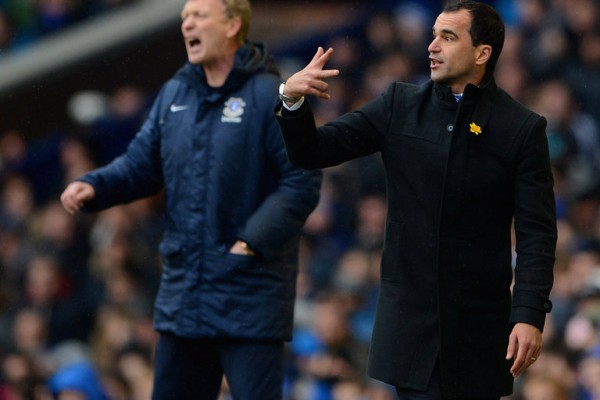 Seeing as United’s season has all but petered out – see my last column – the press has gone all ballistic about whom United will buy; how much they will cost; how much the club will have to bribe them to play for a mid table team from an eclectic slightly grim but pretentious town ‘ooop Norf,’ etc etc.

A lot of this is purely engineered speculation of course, agents have a tendency to work the media these days to gain leverage for their clients, whether it’s a bigger wage or a more important role in the team or in Wayne Rooney’s case, both. However, there is some truth in these stories, journos have their sources within clubs who will leak them information and managers are adept at offering the ‘non-denial’ denial when asked about interest in a player. Big clubs always have extensive scouting networks to boot which makes finding obscure gems harder than ever and thus United are ready to spend over 30 million on a midfielder from Portugal most of us have never heard of or know nothing about.

Ed Woodward and David Moyes may as well emulate boxing demi-god Floyd Mayweather, who infamously took to Twitter to ask fans whether to fight Amir Khan or Argentine hammer – fisted brawler, Marcos Maidana. That ploy was infamous as it spectacularly backfired when fight fans decided to choose neither and demand that Mayweather fight Manny Pacquiao instead in a hilarious little twist.

I can imagine it now, Moyes taking to Twitter “You fans have been fantastic I want you to choose my next signing for me: Tweet Coleman or Distin.”

“We choose neither, sign Barkley…or stop going back to your old club altogether.”

Because we are all left with the lumbering, mop top reminder of how that last jaunt went with David Moyes’ final great piece of business for Everton as United manager, The New King of High Farce, Marouane Fellaini.

The real issue here though is that the potential of a potential of a huge load of cash being spent on player recruitment makes me ask why Moyes was hired in the first place. In that brief period between the news of Ferguson’s retirement breaking and Moyes being announced as the ‘Chosen One’ it seemed to become a straight choice between two men, Moyes and Mourinho.

Mourinho was not hired as he would not continue the great traditions of the club, laid down as gospel by Busby and resurrected by Ferguson after the tenure of permatanned, sovereign ring merchant, ‘Big Ron’ Atkinson. Mourinho would come in for a controversial but brilliant three years in which he would build a spectacular team for a lot of money, ignore the youth system, poke an opposition coach in the eye, play cynical football and leave a an expensive mess behind him. Moyes has spent his time as United manager largely, though not altogether, ignoring the youth setup (as he did at his previous club), playing cynical football and spending over 60 million on just two players with many more on the way this summer if we are to believe the hype. It is a real shame that Moyes didn’t react to the Liverpool defeat by poking Brendan Rodgers in the eye, which would have at least given us something to laugh on a grim afternoon.

So why has Moyes been hired then? It is bad enough he continue the destruction of United’s footballing identity started in Ferguson’s final years as he desperately avoided trying to buy midfield players. Worse still that he does it so ineptly, his cynical and dour style of football doesn’t work often enough to get a team a trophy or competing for trophies and medals.

Moyes’ appointment reminds me of the 2010 general election. Voters, disgusted with the Labour government’s brown nosing of bankers which allowed them to run riot and tank the economy, responded by voting in an even more fiscally liberal government in a wonderful mass public act of short sighted ignorance. In fairness to the electorate of 2010 on the other hand, their choice was a barren one: Pick one of three crap parties or if you fancy wasting your vote then vote for one of the small, swivel eyed parties that bang on about Europe and Romanian vampires wearing Bulgarian clothing.

United don’t have any excuse, they are a massive operation with tremendous pull and had a team of champions. A proper recruitment process could have been conducted which almost every half good to great manager would have applied for. Instead they let the last guy choose, yes the one who won a lot but also the one who let the team become increasingly ramshackle and difficult to work. And let us not forget this was the one who also brought the club into a personal feud over a retired racehorse leading the club to be taken over and saddled with enormous debts. The club should have taken Ferguson’s call on board and discussed it then invited Moyes to apply, maybe then they could have seen the mid-table manager way above his level we have seen all season. Something which looks even worse contrasted to his successor at Everton, Martinez, who has already done a better job in his first season, albeit building on a solid foundation.

I appreciate that if you are reading this on your bank holiday Monday watching Jim Davidson, our philosophical and spiritual king these days apparently, I will sound like a ridiculous pseudo – intellectual Oliver Holt wannabe in light of a wonderful United performance at Goodison Park. A performance which saw the team back on the team back on the march to fourth and Fellaini channel the spirit of Brazilian legend Socrates with an imperious midfield display. More likely however he’ll elbow James McCarthy’s head off picking up only a yellow card in the process and repeatedly give the ball away. Undoubtedly though, the reasons for Moyes being hired are now unclear, the stylistic traditions, transfer policy and talented young players not named Adnan Januzaj have been ignored as we are set to spend as much cash as is humanly possible in a transfer window.

Bar him being Scottish and a friend of his predecessor, I have no idea on what meritocratic reasons David Moyes has been given the job. Do you? Maybe the new singing section can tell us…

One response to “The Northern Loudmouth: Clear as muck”