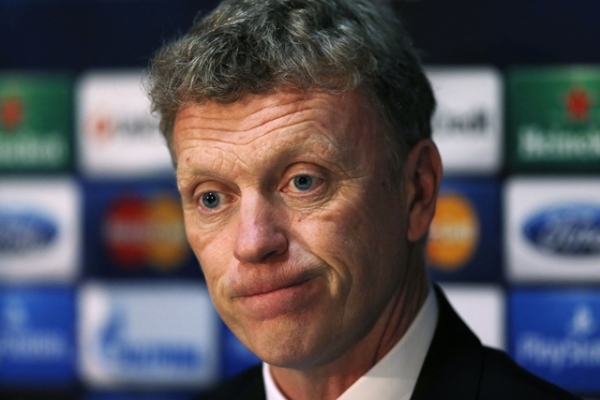 It was a very British defeat on Wednesday that United suffered in the 4-2 aggregate reverse to Bayern Munich. Plenty of pluck, spirit, heart, intensity, grit, cajones and so on and so forth. On the other hand there was a lack of was class and composure and a lowering of standards from all of us beleaguered fans who were moderately ambivalent to not get the thorough, merciless hammering Bayern dished out to Barcelona last season.

Originally I was going to sit here and write about the Moyes’ own standing but that has been done to death. You will see hosts of articles and blogs as well as limitless tweets offering their “expert” views on what should be done with Moyes. My views on Moyes are known already but I think it’s better to concentrate on this season and go with what we know rather than imagining hypothetical scenarios over the summer and drawing up our own dream teams and transfer/manager wish lists.

With all that being said you have to say the defeat has left us all in a curious position: The priority is to win the final games of the season as we still get to live on a fool’s hope of fourth place and playing some good football to boot. The latter is for me most important, United have lost their identity in recent years with patched up teams and square pegs in round holes and we need to get back to what we do best; entertaining, attacking football played at furious intensity.

However, its seems United have become trapped in some sort of strange dreamworld, no matter what we do in the league we very permanently occupy seventh spot, a position Moyes was always very good at maintaining at Everton. It’s like being in a dream where you furiously try to move but become further rooted to the spot. So, unless the far-fetched scenario of Arsenal and Everton cocking up miraculously occurs to gift us fourth place, the club are stuck in a nightmarish battle with Tottenham for the dreaded number six position, (the final Europa League spot). It is an ironic and unwanted twist to a final flourish at the end of a difficult season. Neither team wants give up on the outside chance of fourth but by the same token neither wants to be stuck in the thankless, overloaded, disfigured bastard child of the old UEFA Cup.

It is a real shame that European football has become what it is today, less than fifteen years ago you would have had to win a trophy or finish in the top 3 or 4 just to qualify for the UEFA Cup and thus it became a priority for any team in it to try and win it. However since it has now become a tournament for upper-midtable teams and the teams barfed up like a bad meal by the Champions League, no team in their right mind should want to have anything to do with it. Especially when that club is going through a painful transition period from its long time, belligerent, autocrat manager who happened to be one of the greatest of all time.

Moyes is now in a position where he needs to offer something up to stop the board panicking with their newly blank chequebook and throwing themselves at the mercy of Van Gaal and Klopp. By the same token though, as Liverpool have demonstrated, a season out of Europe altogether would offer a team room to breathe which the horrid fixture pile up of the Europa league would not.

Outside of Europe completely United could get away with trimming down the size of the squad and replacing quantity with quality for a year as the need for squad rotation diminishes vastly. It may also mean some of the club’s talented young guns get an opportunity too, such as Lingaard, Wilson and the exciting Nick Powell. Being in the Europa League forces United to keep a large squad which is short on quality but long on large wages and pointlessness. The news that United now pay bigger money than Chelsea is astonishing when you consider the gulf in quality between both teams, it is indeed almost laughable, United need to trim that down.

Spurs equally it seems do not want to be bogged down with the Europa league as they look to gain a place at Europe’s top table again which they fleetingly tasted under ginger Derek Trotter impersonator, Harry Redknapp. Most United fans I know, including the seasoned, grizzled veterans, who remember the “Old Days” when we were the country’s perennial underachievers, don’t want us anywhere near that competition, I myself am not too keen on it either but am generally caught up in constant ambivalence. So now we are now locked in a battle with a club who personify disappointment to downward leap frog each other to seventh heaven and avoid the inadvertent punishment for 5th and 6th, the price to be paid for aiming for the starry skies of the top four and falling short.

On a personal level I’m torn, I’d like to see us win the one trophy we’ve never won and it’s European competition. However, on the other hand, I’d rather not see us play 400 extra games to be knocked out by a team from Slovakia because midfield maestro Marouane Fellaini decided to elbow an opposition player’s head off in the penalty area. As fellow cynical, scorn-merchant Richard Cann so eloquently put it to me;

Could not have put it better myself Richard.