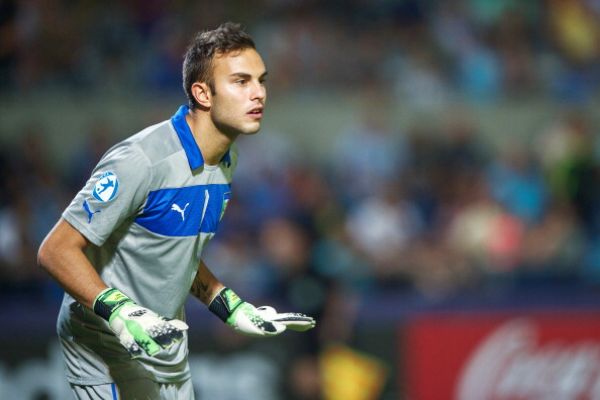 Manchester United have been actively scouting in Italy all season. First there was focus on midfielders, then defenders but now a goalkeeper?

Francesco Bardi, currently on loan at Livorno this season from Inter Milan, was watched by some of the football giants during the European Under-21 Championship last summer. The player’s agent, Vincenzo Rispoli, spoke exclusively to Stretty News and confirmed that Manchester United are scouting Bardi:

“Yes, is true,” said Rispoli. “Manchester United and Manchester City came in Italy to scout Bardi. They appreciated him, but now he is happy to be Inter goalkeeper and we will discuss his future this summer with [Inter director] Piero Ausilio”.

It is expected that Bardi will remain at Inter, but one must whether how interested United are.