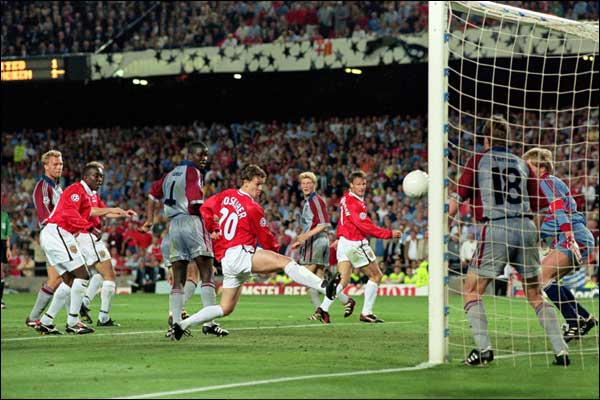 On Stretty Sundays this week, Colin Worsley featured as a special guest. Known as Cantona’s Love Child on Twitter, Worsley is a home and away Red, and may be seen lurking around in Munich on Wednesday night.

At the end of tonight’s show, Colin sang his idea of a new chant for Munich away. We liked it. Otherwise, I wouldn’t be arsed pushing it through the blog. Let us know what you think and if you’re a fan of this tune, spread the word.

In 1999 the clock struck 89
The Germans thought they’d won
The cup but Ole had a surprise
They couldn’t believe their eyes
As Teddy began to rise
Then Ole stuck out his little foot and
Made the Germans cry!
The Man United side, we never laid
Down and died
And we took the cup in 99 and
Kissed the badge with pride!