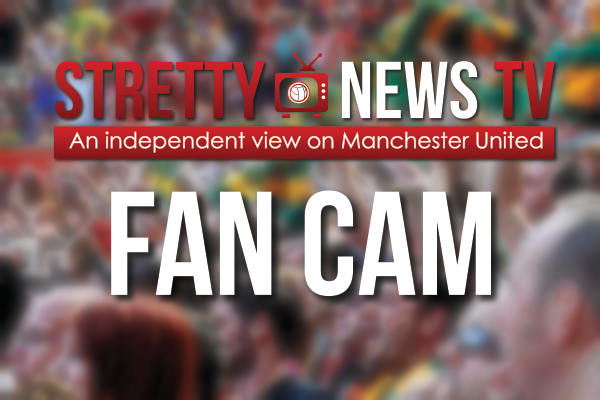 Jonathan Shrager went to St James’ Park for the 4-0 win over Newcastle on Saturday. As one of the members at Stretty News TV, he took his camera and mic and spoke to fans as they left the ground.

Fan Cams are a new feature on SN TV. Serge Fagleman will be joining Jonathan in Munich this week so stay tuned for more video content.

Firstly we have Colin Worsley, who will be joining us on Stretty Sundays live tonight at 8pm. And as ‘Cantona’s Love Child’ says, “tune in everybody!”

Next up is Peter Bolton and ‘Old John’, two Reds that follow the first team, reserves and youths all over the country and beyond. They speak to SN TV about their travels across Europe before a flight to Munich on Monday morning.

Jonathan’s mate Alan Pritchard elaborates on Januzaj’s goal and the movement that influenced United’s performance. Pritchard feels a bit more optimistic ahead of the second leg against Bayern.

Last but not least, we have Jay and Stu. They both take Mata’s two goals into account but believe Kagawa deserved man of the match.

If you go to away games and want to feature on our fan cams, send us an e-mail.